Why Does My Neutered Cat Get Boners?

If you have recently neutered your male cat and it is still getting boners, you may be confused and wondering if this is normal…

Why does my neutered cat get boners?

While testosterone is the chief governor of your cat’s chances of becoming aroused, removal of the testicles doesn’t mean that your cat can’t still get ‘excited’. All it takes for your cat to suddenly spring to ‘attention’ is blood rushing down to their private areas.

So, now you know. But, is this behavior common? Does neutering affect my cat’s behavior? Why does my cat still have balls when it’s been neutered? Keep reading for these answers, and much more…

Contents show
1 Why does my neutered cat get boners?
2 Is it common for neutered cats to get boners?
3 What is a cat boner?
4 Does neutering affect a cat’s behavior?
5 Why do cat owners neuter their cats?
6 Why does my cat still have balls even though he’s neutered?
7 Why does my neutered male cat mate?
8 Is it possible for a cat’s balls to grow back?
9 Do male cats still hump after being fixed?
10 Do neutered male cats still spray?
11 When do cat owners usually neuter their male cats?

Is it common for neutered cats to get boners? 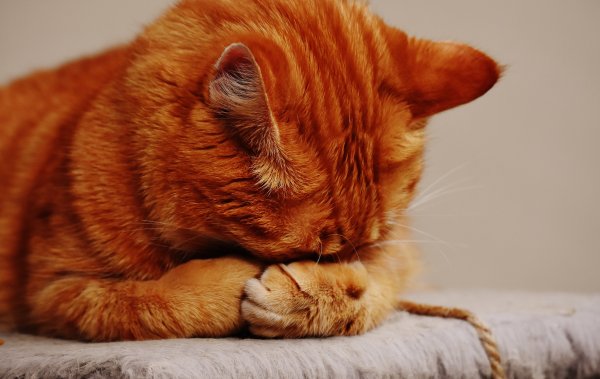 If your cat has only recently been neutered, this will occur more commonly for about a month while your cat’s natural testosterone levels decline, but even after this, if a cat in heat happens to walk on by then your cat might well become interested. He can’t produce any sperm, but is still to be considered quite functional for the physical act itself.

What is a cat boner?

‘Boner’, if you aren’t familiar with the slang, simply refers to your cat’s erection. After your cat has been neutered, you won’t see this as often as before, but it is still a possibility.  Your cat can and occasionally will still get aroused, you just won’t end up with a litter of kittens afterwards.

Cat arousal is a little more complex than simply testosterone and even grooming themselves may trigger a response that can be a little embarrassing if you have guests over but which is really quite natural.

Further, your cat might try to act on it, so you might be well-advised to warn your friends that petting the cat is not a good idea at the current moment in time.

Does neutering affect a cat’s behavior?

Neutering won’t change your cat’s personality, but there will definitely be changes in their behavior. With behaviors governed by sexual hormones, such as marking areas, getting into fights outside, and their tendency to roam far and wide, about 90% of neutered cats are going to reduce this behavior significantly.

About 60% will do this right away (80% when it comes to marking, yay!), but you may have to just watch and wait. As far as chasing females in heat, well, your cat may still do that. It’s all going to depend on the cat.

They can definitely still get aroused – they just won’t be thinking about it all of the time –  and you’ll notice that your cat seems much calmer and better behaved.

Why do cat owners neuter their cats?

Aside from calming your male cat down a bit and helping to keep down the growing numbers of homeless kitties, neutering also has some positive effects for your cat’s health. Spayed and neutered cats are less likely to develop certain kinds of cancers, such as mammary, uterine, and prostate cancer, and this is a definite plus to consider.

Why does my cat still have balls even though he’s neutered?

When your cat is neutered, there are different ways in which your vet may perform the surgery. If it looks like your cat still has their balls, don’t worry. Your vet is likely going to leave scrotal skin and the surrounding sheath, but the testicles will be physically removed.

This is not a reason to worry, as vets usually do the surgery this way to avoid any accidental damage to the urethra or the anus.

Why does my neutered male cat mate? 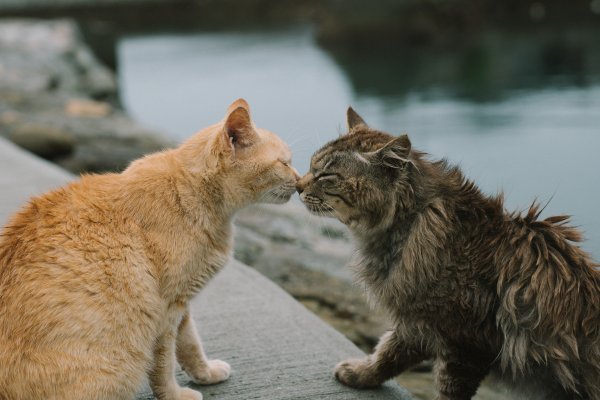 Animal behavioral specialists such as television’s Nicholas Dodman suggest that this behavior is all about scents. When your cat still engages in mating behavior, the biggest reason is the differing scent of the female is still quite capable of getting your cat’s attention.

This is especially common with cats that get neutered at an older age, as they still remember that scent and know exactly what it means. The female doesn’t even need to be close, as your cat has excellent olfactory senses and they can easily smell a female in heat from far away.

This isn’t the only possibility, however. Cats also mount other cats as a sign of social stress. This is less common, but if you are quite sure that there are no females anywhere nearby and think that stress might be affecting your cat then a vet visit might be a good idea.

Alternately, if you’ve just gotten another cat, your first cat might just need a little more adjustment time, but most likely mounting behavior is simply going to be a response to a nearby female or another source of arousal. While it’s uncommon, some cats are still quite interested in sex, even after they are neutered.

Is it possible for a cat’s balls to grow back?

No. It is not possible for a cat’s ball to grow back after a neutering operation. If it looks like this is happening then there are two possibilities to consider.

First, if your vet only removed one testicle, then the remaining testicle might simply have dropped, but generally your vet is going to warn you of this if that is the case.

The second possibility is that it could be a growth of some sort and you’ll want to bring your cat in to the vet for a checkup so that they may sample it and determine what is really occurring.

Do male cats still hump after being fixed?

Some cats will still hump after being fixed, especially the first few weeks after they have been neutered. In cases where your cat has only recently had the surgery, this is simply a response to the hormones which are still present in the cat as they slowly decline.

With most cats, this will go away after a month, but a small percentage of them this behavior may well remain, just likely at a reduced frequency. We should note that if your cat seems to be suddenly doing this ‘out of the blue’ and they’ve been neutered for some time, then ruling out a nearby cat in heat, it could be a urinary tract infection.

UTI’s have been known to cause ‘humping’ behavior in cats, so a vet visit is a good idea at this point just to rule out the possibility.

Most likely, your cat will stop spraying or at least reduce this behavior considerably. About 90% of male cats and 95% of females will stop or significantly reduce spraying behavior after being neutered or spayed. That said, if you have a cat that falls into that remaining 5% -10%, there is still a bit of relief to be had.

This is because spaying or neutering a cat will change the odor of the urine. With tomcats this is especially noticeable, as their urine is normally quite pungent before neutering. So, if your cat does continue marking the area, the bright side is that it will be much easier to effectively deal with and much less common than before.

When do cat owners usually neuter their male cats?

Purina, manufacturer of cat foods and other products, advises us that veterinarians typically recommend that you get your cat spayed or neutered at 4 to 6 months of age. Most commonly it is done at 4 months of age, so that spraying behavior can be dealt with safely before it becomes a problem habit.

This is also ideal because cats mature sexually at around 5 months of age, so while it’s fine to neuter any time after this, doing it before your cat is sexually mature is a much better option for you, your cat, and for the furniture!