Why Is My Cat Hyper After Being Neutered? (Traumatized?)

Why is my cat hyper after being neutered?

Your cat may be acting hyper after being neutered because it may be in pain, recovering from the anesthesia, or mad at you for the experience it just had. In most cases, once it has a few days to recover it will return to normal.

So, now you know. But, can only male cats get neutered? Do cats get depressed after being neutered? Will it stop your cat meowing all the time? Keep reading for these answers, and much more…

What is cat neutering?

Cat neutering is when it’s surgically altered so it cannot reproduce. The term, “neutering” comes from the Latin word “Neuter”, according to Wikipedia. This means the removal of an animal’s reproductive organs. Notice it refers to animals in general and not one specific sex.

I say this because there is a belief that neutering is only possible for male cats, which is untrue. It applies to either males or females.

When a female is neutered, this is known as it getting spayed, and males is known as castration. But, for some reason, the word neutered is mainly used for male cats, maybe because it sounds better than castration.

3 Reasons why your cat is hyper after being neutered: 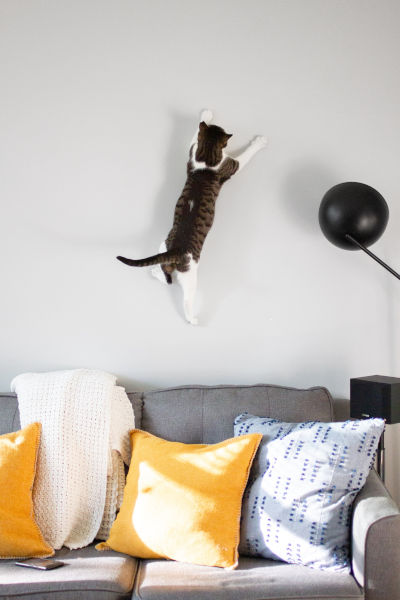 A cat jumping in a front room above a sofa.

Earlier I briefly explained a few reasons why your cat may be hyper after being neutered. So, in this section I will give you more detail on each one:

After surgery, and after the anesthesia wears off, your cat may be feeling sore, in pain, or just frustrated. So, it may react hyper as a reaction to this discomfort. However, it is not expected to last more than a few days. So, if it goes on longer than this you may need to get it checked out.

02. Feeling angry at you

Due to the discomfort that your cat may be in it may feel angry with you. Unfortunately, some cats will act this way and it will take them some time to get over this. So, this is why at least a few days are needed.

03. Recovering from anesthesia and surgery

Sometimes the recovery from the anesthesia and surgery has weird effects on the cat. And, you may see this hyper behavior. They usually get over it naturally after a few days, so be patient and see if it gets better.

Do only male cats get neutered?

So, if you have assumed that only male cats can be neutered then know you know that is not the case and it can apply to either sex. As discussed earlier, for males, the surgery is specifically called castration but is usually just referred to as neutering.

What should you do if your cat is hyper after being neutered?

If your cat is acting hyper after surgery you may need to isolate it to keep it safe. This would require a small room to reduce the chance of it jumping around and potentially damaging itself or its stitches. once the effects wear off you can carry on as normal.

It may seem interesting to see your cat going crazy around your house but there is a good chance that it could injure itself so these precautions may be required to help it out and avoid problems. Also, it could cause damage to your home.

How long after neutering will my cat calm down? 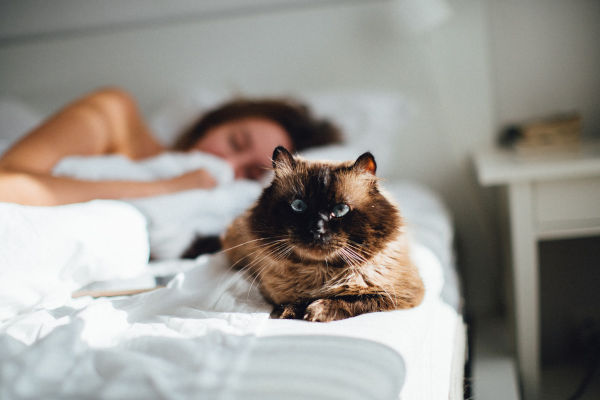 After neutering your cat may not calm down completely for a month. However, some cat owners have seen the hyperactivity reduction within a few days. So, it largely depends on the cat. Also, depending on the age that it was done, there is a chance the cat could continue being aggressive.

So, each cat needs to be evaluated on a case-by-case basis to see how it will react. It is quite hard to deal with the hyperactivity so hopefully, your cat will act fine after a few days.

Do male cats change after being neutered?

Male cats are likely to change after being neutered. Some cat owners see improvements in their temperament, grooming, and the smell of their urine. One of the reasons cat owners consider this operation, aside from controlling their reproduction, is to control their behavior.

So, if you have noticed improved behavior changes in your cat, after the initial reaction to surgery, this is likely to be a result of this. Changes may also include less meowing because they have lost the urge to chase female cats in heat.

Do cats get depressed after being neutered?

Cats are not expected to get depressed after being neutered. After the initial soreness, they are usually unaware of the surgery but will lose the desire to seek a mate or to actually mate at all. There are cases of cats humping or spraying after being neutered, but in general, they behave better.

As a human, you would expect a cat to get depressed after such surgery. But, cats are different from us and react differently. They also do not treat mating in the same emotional way we do.

There is no love attached to it, it’s just an instinctual urge. And after neutering they lose that urge, which usually changes their mood and behavior.

Can cats use the litter box after being neutered?

Cats can use the litter box after being neutered. But, for male cats, it is advised not to use normal, clumping, or Japanese litter directly after. Instead, you may need to use some newspaper shreds temporarily. This is because a male cat is left without any stitches for it to heal naturally.

So, if you have a big stock of litter and have just had your male cat neutered it won’t be wasted. But, you will need to leave it for a little while until your cat recovers. Once it recovers it is fine.

Will my male cat stop meowing after being neutered?

A neutered male is likely to meow less. Especially when it comes to detecting female cats that are in heat. This is because the surgery will surgically alter the cat and make it lose the desire to chase these female cats. Often, when male cats are searching for a mate, they may meow or howl excessively.

So, if you have had issues with your male cat meowing all the time and hoped this surgery might help, there is a chance that it will. I say this cautiously because every cat is different and may react differently than other cats.

Is it OK for your cat to go outside after being neutered?

It is not advisable to let your cat out directly after being neutered. For male cats, they need at least one week before they can be let outside. For females, the dependency is on the removal of their stitches. But, either way, they shouldn’t;t be allowed straight out.