Will My Cat Kill a New Kitten? (Avoid If You See This)

If you are planning on getting a new kitten and have an older cat already. You may be worried, or concerned if the cat will harm, or even kill it…

Will my cat kill a new kitten?

A cat could kill a new kitten. This could be for several reasons such as by accident, for example, a mother cat could smother the kitten. Or, a male cat may feel jealous or want attention from a female, etc.

So, now you know it’s possible. But, when should you avoid mixing them? Will your cat ever become friends with the kitten? Is this behavior always intentional? Keep reading for these answers, and so much more…

Contents show
1 Will my cat kill a new kitten?
2 Other reasons a cat may kill a new kitten
3 When should you avoid mixing a kitten with your cat?
4 Why will tom cats hurt kittens?
4.1 Instinct
4.2 Getting a female into heat
5 Could a female cat kill a kitten?
5.1 Sickness
5.2 Accident
6 How long will my cat hate my new kitten?
7 Will my cat ever stop hissing at my kitten?
8 Do cats intend to kill kittens?
9 Should cats have their own territory within your home?
10 Why is it a good idea to supervise an older cat with a kitten?
11 Will treats help a resident cat and kitten bond?

Other reasons a cat may kill a new kitten

Male cats can kill kittens (Click here if it’s carrying it away). In many cases, they will intend to cause serious harm to the kitten. Males could also potentially kill their own kittens if they feel a need to do so, although they are more likely to kill the offspring of another male.

To follow on from earlier, cats can also kill kittens without intending to do so. Cats are, of course, a lot more powerful than your average kitten.

So, if playtime gets a little bit too rough, then the kitten could end up seriously injured. This could lead to death.

When should you avoid mixing a kitten with your cat? 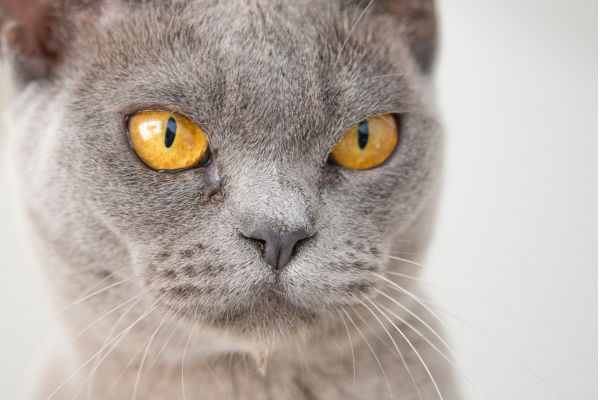 Under absolutely no circumstances should you be leaving a tomcat unattended with kittens (Click here to see when it’s OK), especially if the mother of the litter is not there.

If the male cat had been neutered before 6-months old, then this is something that shouldn’t really be an issue. Those cats will not have the ‘drive’ to want to kill kittens. Although, it should probably still be avoided wherever possible.

If a cat has also shown any sort of aggression towards other cats, particularly unprovoked, then they probably shouldn’t be mixing with kittens either.

Why will tom cats hurt kittens?

There a few reasons why tomcats may harm kittens. A lot of this is going to be due to the raw instincts of the cat.

In the wild, cats will often kill the offspring of other males because they want to reduce the amount of competition in the area. You may also see tom cats killing their own male young for the same reason.

This instinct never really disappeared in domestic cats. While it is likely still there, it is not going to be anywhere near as strong as if the cat were in the wild.

However, it is still going to be a very real risk when you introduce a tomcat to kittens.

Getting a female into heat

In rare cases, a tomcat may kill kittens in a bid to draw the female into heat. The tomcat wants to mate with the female and create his own offspring,

And thus it will kill the kittens in the hope that this will happen. Again, this is something that is incredibly rare. There will often need to be a female cat in the picture for this to be a real possibility. In the majority of cases, it will be for territorial purposes.

Could a female cat kill a kitten?

Yes. Although, it is going to be a whole lot rarer than a tomcat killing kittens.

Some female cats do not have that maternal instinct. They have absolutely no desire to raise their young, so they just kill them. Sadly, this is something that is going to be dreadfully difficult to predict.

You never really know whether a mother will bond with her young before she actually has them. It can be quite devastating to see for cat owners.

If the female cat only kills one of their young, then there is a chance that the kitten was sick. Most of the time, when a female kills a kitten it is due to sickness or injury. She is trying to eliminate one of the cats that may be competing for resources.

Mothers may also accidentally kill their young when they are playing. It is very rare for a female kit to kill the offspring of another mother.

How long will my cat hate my new kitten?

Your cat will likely take a few weeks to a few months to bond with a new kitten. In rare cases, it may take upwards of a year. If the kitten is the offspring of one of yours, then the bond should be pretty much instant.

Will my cat ever stop hissing at my kitten?

It is likely that they will only be hissing at the kitten for a few weeks or, at a push, a couple of months. Once the cat is used to the kitten, the hissing should stop.

It is just the cat showing off a bit of their natural behavior at the start. They are a little bit wary of new additions to the household.

Do cats intend to kill kittens?

Some cats do intend to kill kittens. If a cat kills a kitten, it is likely just relying on its natural instinct. For example, when a kitten is killed by a male cat, the male cat is killing them because that is the way the cat has been ‘programmed’.

The same with female cats. Their instinct is to weed out the weak kittens and allow the stronger ones to thrive. The female cat doesn’t know that some illnesses in kittens can be treated, after all.

If a cat is killed during playtime then, no, the cat never intended to kill that kitten. It just greatly underestimated how strong it is.

Should cats have their own territory within your home?

Ideally, yes. Cats are very territorial animals. As a result, giving cats their own territory can help.

Many people will confine their kittens to a single room in the home. The adult cat will then be able to have free rain of the rest of the property. This should, hopefully, help to eliminate most of the issues tied to violence and territory.

This is because the adult cat will feel as if the other cat is not encroaching on their territory.

Why is it a good idea to supervise an older cat with a kitten?

Because kittens can be quite annoying. Kittens are still trying to find their limits. As a result, they will always be pestering older cats in a bid to get them to play with them.

The older cat probably won’t want this to happen most of the time. This means that the older cat will probably end up getting annoyed with the kitten (click here if you fear it’s going too far), and this can lead to violent consequences.

It will almost certainly lead to the older cat having a bit of resentment towards the kitten.

If you are supervising the older cat and the kitten, then you can stop these issues before they become a problem.

It will also allow you to break up any fights that the two animals may end up having. It should be pretty obvious if the fighting is a little bit too aggressive.

Will treats help a resident cat and kitten bond?

Yes. This is because resident cats may feel jealous that a kitten is getting all of the attention. So, if you lavish praise on your kitten, particularly when it comes to treats, then give the same to your adult cat.

This way the cat will not feel as if they have lost some of the love that you used to give them. Over time, the adult cat will start to realize that they are being treated the same. This causes less resentment and less of a chance of violence towards the kitten.