Will a Female Cat Kill a Kitten? (Look Out For This..)

If you have a new kitten you may be wondering if a female cat is even capable of hurting or even killing it.

Will a female cat kill a kitten?

Although it is quite rare a female cat can kill a kitten. This could be it’s own or from another mother. Several reasons could make this happen such as the kitten being deformed, not responding, stress, etc.

So, now you know it is possible but rare. So, what other things could trigger this harsh behavior? Why would a mother cat reject her kittens? Could a kitten be killed for being touched by you? Keep reading for these answers, and much more…

4 Things that could trigger a female cat to kill: 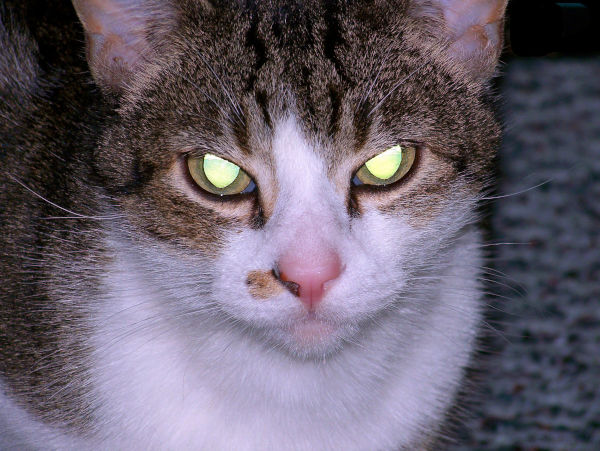 As discusses earlier several things could trigger a female cat to kill a kitten. Here are some details of how it might happen:

01. Kitten is not responding

If a newborn kitten is not responding to its mother she could assume it’s either dead or suffering. And, in this circumstance, it may reject or even kill it.

Cats are not like humans. They do not have the same emotional bond as us and can make a practical decision without emotion.

If a new mother cat (queen) is stressed out, maybe if she had her litter young, she may not be able to deal with her kittens. This could lead to her neglecting, rejecting, or even killing her kittens.

If a kitten is seen as a threat to the female cat it could kill a kitten. This is more likely if it’s not her kitten. For example, a new kitten in your home that is disrupting her routine with her owner.

Similar to feeling threatened, as explained above, if she is feeling that her personal space is being violated a female cat could also be triggered to kill.

Cats love their territory and will fight to keep it. This is why they spray and pee on the furniture, like sofas, etc.

This is why something like a kitten, deemed as a threat to her personal space, could be treated in this manner.

Why would a mother cat reject her kitten?

As well as being triggered to kill a female cat could simply reject her kittens. Again, this is not normal but, never the less, it can happen. Here are some reasons why this may happen:

If the female cat fears that one of her kittens has a disease, and there is a chance of it spreading to the rest of her litter, she may reject it.

This seems harsh and to us it is. But, the mother takes the practical decision to save her other kittens and avoid the disease. Also, if she gets sick it could affect her being able to feed her other kittens.

Another reason for rejecting her kittens is a deformity. Meaning, if one of her kittens is deformed she may decide it won’t survive and simply reject it.

03. Unable to feed her kittens

Sometimes a mother cat may develop an infection on her feeding nipple, similar to a human mother.

During this time she may be unable to feed her kittens. This could lead to rejection, or just seem that way because she is temporarily unable to.

If a queen has too many kittens in her litter this can lead to her rejecting some of the kittens. The reasoning here is she may struggle to feed all of the kittens that she has.

Will a cat kill its newborn kitten if they are touched?

A domesticated mother cat is not expected to kill a newborn kitten (What about other cats? Click here) if it is touched. This is because they are used to a human’s presence and it will not affect them.

This is a rumor that has been passed around. It may come from other animal’s behavior and is assumed to affect domestic cats.

How long after a cat has kittens can you touch them?

The ASPCA suggests that it is OK to handle kittens from birth, according to this site, however, it is advised to wait a week or two to do so.

If you think about it the mother kitten needs time to get herself comfortable and establish a routine with the kittens before they are touched or tampered with.

This is quite similar to a human mother with her newborn baby. She will not appreciate a lot of guests immediately after she has given birth. She will want some time to regain her strength and establish a bond with the baby.

Can cats suffocate their kittens?

Cats can suffocate their kittens. However, this is usually an accident. For example, if they are exhausted after giving birth and stressed out they could fall asleep on one of her kittens.

This is really sad but not intentional. Sometimes a mother cat could be stressed by the young kitten’s demand for milk and not producing enough to meet their hunger.

What does a mother cat do with a dead kitten?

If a kitten happens to die a mother cat may eat the kitten to stop another animal from eating it. In the wild, this may be done to stop their predators from finding their location.

Again, another sad story, but it is one of those weird behaviors that nature presents us.

Can adult cats pass on diseases to kittens?

Adult cats can pass on diseases to kittens. These could be diseases or harmful parasites. The problem is while the kitten is young and unvaccinated it could become seriously ill from it, or even die.

This is one of the reasons that they need vaccination at a certain age. And, also why they are not advised to go outside until they have had them.

Could a young queen be a liability to her kittens?

A young queen can be a liability to her kittens. This could be for several reasons such as:

If the young mother cat is immature it may not adapt to the demands of being a mother. Such as the constant need to supply milk and keep herself feed to produce enough milk.

If the birth is quite traumatic she may find it hard to recover after. And, as an animal, they have little support to mentally deal with this, especially if they are feral cats.

If the young mother is in a poor environment, such as in the wild or a poor domestic house she may struggle to deal with the kittens she has.

Another issue could be the struggle to provide enough milk for the kittens. The demand for milk could be quite a lot and more than she could handle.

Can a female cat feed a kitten that is not hers?

A female cat can feed a kitten that is not hers. The amount of milk produced may not be enough to meet a kitten’s demands but it might help a desperate kitten who needs feeding right away.

This assumes that the cat bonds with the kitten. A female cat could just as easily not take to the kitten (what about a male cat? click here) and refuse to play this surrogate role. So, it would need to be evaluated on a cat by cat basis.