Will A Cat Set Off My House Alarm?

If you have a cat, or thinking of getting one, and have a house alarm, you may be wondering if it could trigger the alarm…

Will a cat set off my house alarm?

It is possible that your cat might set off your house alarm but it’s going to depend on the features of your security array. Motion sensors that do not include a ‘pet immunity’ feature will definitely trigger every time that the cat moves within ‘sight’ of them and this can be very frustrating – many owners end up turning the sensors off.

So, now you know. But, how do these “Pet Immunity” sensors work? How can I prevent my cat from triggering my house alarm? Could my alarm scare my cat? Keep reading for these answers, and much more…

What is a Pet-Friendly alarm? 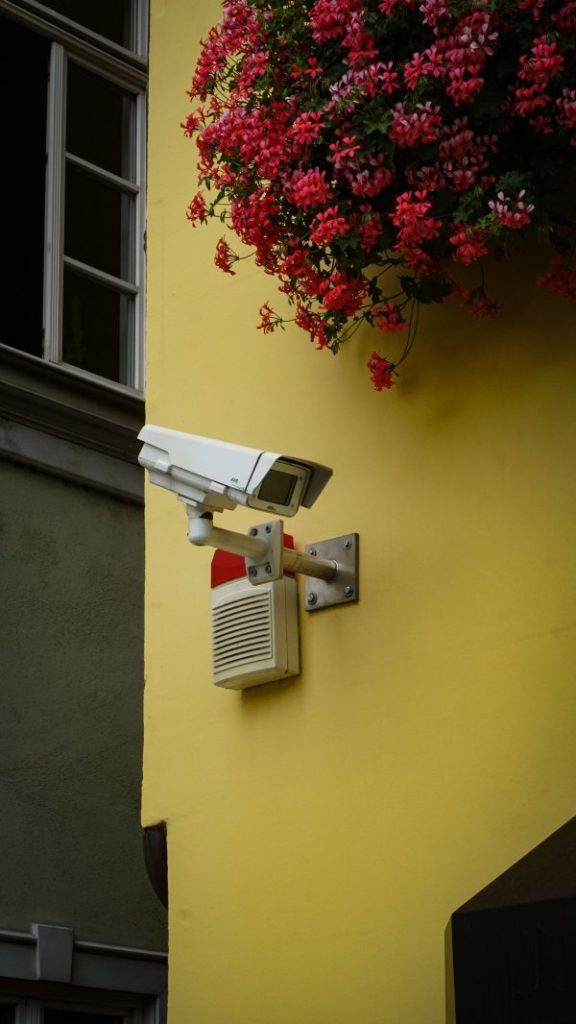 A security camera mounted on a yellow wall.

The most common example of a pet-friendly alarm would be a motion detector security array that is designed to ignore small heat signatures and to only trigger on larger, human-sized ones. It’s basically a math trick, as the alarm is configured to have a base amount of heat signature before it will allow itself to trigger.

While it used to be uncommon, more and more security systems now come with this option by default. This helps to keep pets or local animals such as raccoons from setting off your alarm. That said, check with your security company if you have pets and your alarms keep going off – it is possible that your particular setup does not have the ‘pet friendly’ feature.

How do “Pet Immunity” or “Pet Friendly” motion sensors work?

These types of motion sensors are looking for body heat and movement but they do not identify the source, and this is inefficient if you have pets or live in an area with many animals.

By contrast, ‘Pet immunity’ or ‘Pet Friendly’ motion sensors are designed to ignore smaller heat signatures, such as animals would produce, and will only trigger for a heat signature that is human-sized.  If you’ve got pets or live close to a wooded area, then these are the motion sensors that you will need to avoid “false positives” from your pets or local wildlife.

How can I prevent my cat from setting off my house alarm?

If your cat is triggering the motion sensors at night, then you have two basic options for preventing this. The easiest option is going to be replacing your current motion sensors with the pet-friendly variety. This will allow your cat to use their cat door to come in and out as they please, without waking you up all of the time by setting off the alarm.

The second option would be allowing the cat to stay outside until the evening, at which time you bolt the pet door and leave it closed until morning. If your cat is used to going out at night, then keep in mind that it might take them a while to get used to this arrangement – expect some meowing and possibly some acting out.

That said, just give them treats, toys to play with at night, and plenty of love and over time they will adopt this new schedule and you won’t have to replace your sensors.

Will a house alarm scare a cat?

Cats don’t like sudden, unexpected sounds any more than we do and so the house alarm is quite likely going to terrify your cat – at least the first few times. Cats are predators, after all, with a superior sense of smell, sight, and hearing, so that loud alarm is going to seem almost deafening to your cat.

This is a good reason to get pet-friendly motion sensors, as your cat may hear the alarm and go running – a very dangerous thing to do in urban areas with lots of cars driving at all hours!

Will my cat set off my ADT alarm?

If you are using ADT for your security array at home then we have some good news. ADT motions sensors are confirmed to be pet friendly and should not trigger a response for any animal underneath 40 pounds. If you also happen to have a large dog, then they might set off motion sensors in the yard, but your cat definitely will not.

If you have a dog as well as a cat, check with ADT, as they do offer sensors that will not trigger with a higher range of 60 to 80 pounds of weight. That way, if your animals like to play in the evening then you can leave the doggy-door unbolted and your dog and cat may go in and out of the backyard as they please.

Can you adjust a house alarm to detect based on distance?

Check with your home security provider for options with your current security setup, but you should be able to set your motion detectors to detect within a certain distance. Typically this is going to be accomplished by the way that the sensors are placed.

It really depends on the sensor.

A standard motion detector, for instance, is going to look for a heat signature using infrared light. It has a specific ‘line of sight’ that looks like a cone of infrared light – invisible to us, of course, but this gives you a better idea of how it works.

There are different sensors, however, such as vibration sensors, which detect sounds from footsteps, and microwave sensors, which basically bounce microwaves off of objects to detect if something nearby is moving. Finally, there are ultrasonic sensors that ‘see’ by emitting high-frequency sounds, which bounce back, much the way a bat navigates.

Your security provider will be able to explain your current setup and options, but it is quite likely that your equipment can be configured to detect only items at a certain distance or defined perimeter.

Can a cat set off a security light? 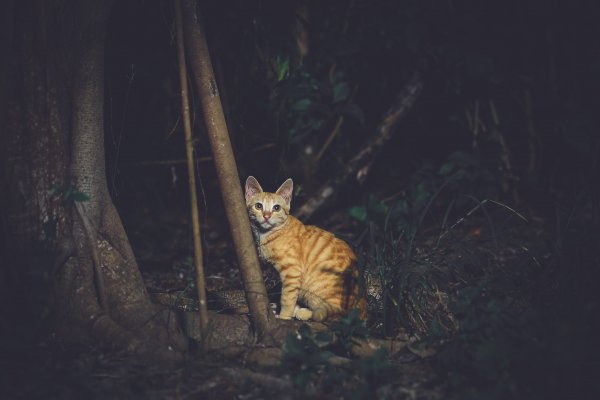 An orange cat staring while in the woods at night.

If the security light is not pet friendly then it is quite possible that your cat could set it off. The most basic of motion sensors will not have this feature, so you will want to check your manual that came with the sensors or simply contact your security company in order to determine if your motion sensor lights are ‘pet friendly’ or have the ‘pet immunity’ feature.

The terminology may vary with different security companies, so ask about these specific features or just tell them that you are worried about your pets setting off the lights and they’ll be able to confirm if you have these features or provide you with a workaround where applicable.

Are pets one of the most common triggers of house alarms?

Yes, pets are the second most common trigger for ‘false alarms’, with the most common being alarms that were mistakenly activated by their owners and subsequently triggered. Animals that are outside of the property, such as local wildlife or strays, were actually one of the least common triggers and fell just under false alarms generated by insects.

How can I stop my neighbor’s cat from triggering my security camera?

This can be tricky. You can ask your neighbor to keep their cat inside at night, but depending on how well that you know them this may not be an option. A second possibility is to make it harder to get into the area where the alarm is being triggered.

This can be done with a backyard fence, but if the cat is setting off a motion sensor in your driveway then this is not going to help. Finally, you can upgrade your sensors to include the ‘pet immunity’ or ‘pet friendly’ feature and this is going to be your best bet.

The small weight and heat signature of the cat should no longer set off false alarms with your security array.

Could a cat let you know if an intruder entered your house?

Your cat isn’t very likely to meow at you if an intruder is present but you will notice a change in their body language. Cats respond to intruders in one of two ways – your cat might either hide immediately, so as to assess the danger from a safe location, or they might suddenly become attentive and sneak out to see what it is.

So, technically, your cat would be letting you know that there was an intruder in the house, but it would be by observing their behavior rather than the cat actively attempting to communicate the danger to you.