Why Does My Cat Avoid Me When I’m Sick? (It Knows?)

Why does my cat avoid me when I’m sick?

Some cats are known to avoid you when you are sick because of your scent changes. The theory is your scent may have changed slightly which has confused your cat making them want to avoid you. Cats seem to have a clever way to detect their owner’s sickness and it can affect them in different ways.

So, now you know. But, can cats really detect when their owner is sick? What other reasons could make a cat avoid you? Do all cats act this way? Keep reading for these answers, and much more…

Can cats detect when you are sick?

Cats are known to detect when you are sick. This belief comes from countless reports of them saving their owners in times of need. The theory is that cats have some way of detecting differences in their owner’s behavior as well as chemical differences.

If you have ever heard of people being saved by their cat or bringing attention to their owner in distress then, the chances are, you will have wondered how this could have happened. So, now you have an idea how this could happen.

Do all cats avoid people when they are sick? 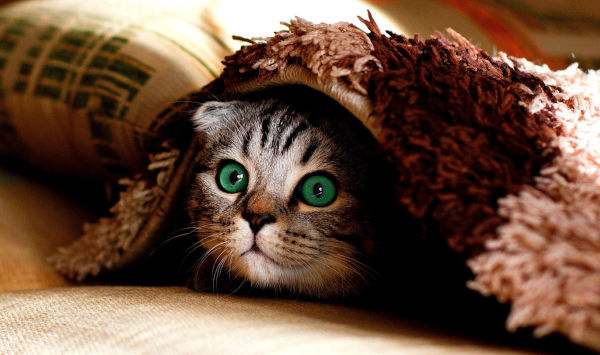 Not all cats will hide or avoid their owner when they are sick. Some will do the complete opposite and actually feel attracted to them when they are sick. This is why a cat’s behavior, in this case, can be unpredictable. Each cat needs to be assessed on a case-by-case basis.

One cat owner reported that their cat will only lay with them on their bd when they are sick. There is no real proven reason for this but it happens never the less.

How can you tell if your cat is avoiding you?

So far I have explained why your cat may be avoiding you. But, in this section, I will explain how you can tell if your cat is truly avoiding you:

One of the most obvious signs of a cat avoiding you is if they are hiding away from you. Are they not around as much as they used to be? Are you sitting and watching TV (click here if your cat is blocking it) and still, there is no cat in your lap? These are early indications that your cat is doing this.

02. Running off when you get near

Have you noticed that as you approach your cat it darts off in the opposite direction? This is a bad sign. It is clearly avoiding you. However, you will need to do some digging to decide if it’s because your feeling sick, or for another reason.

Have you tried to pick up your cat and it has rejected your offer? Is it struggling, or worse, scratching or biting for its release? This, again, could be another bad sign.

Why do some cats start avoiding you?

If you are sure your cat is avoiding you but insure if it’s because of your sickness, then you may be wondering what other things can trigger this behavior, right? Well, in this section I will explain some potential reasons:

01. They have a health issue

Some cats may avoid you when they have a health problem. Maybe it’s an infection, have a blockage, or whatever. The point is, if they are feeling pain or discomfort from it it could cause them to want to be alone and avoid you.

02. Anxious about another pet

If you have a new pet, or an existing pet that has always been worrying them, they may feel anxious and want to hideaway. In time, this could start to make it avoid you.

Another reason for a cat to avoid you is feeling disrespected. This is often overlooked or misunderstood. It basically means you may have done something it didn’t want or felt forced to do it. For example, you picked it up and cuddled it when it was not happy to do so.

This may sound like a small issue to you, but for some cats, it could trigger them to start avoiding you in case you do it again.

How can you tell if your cat is feeling sick?

If you fear that your cat is sick but are not 100% certain you may be looking for some symptoms to help you be sure. For that reason here are some for you to consider:

01. Not grooming as much

If you notice a difference in your cat’s grooming pattern, for example not grooming as much as normal, this can indicate an issue. This could be for several reasons, but one common one is a skin disease or irritation.

When you have an older cat or established adult cat you get a good feel for their activity level. When this randomly changes, in a big way, for example, getting hyperactive, this could indicate a problem. A common issue for these symptoms is an overactive thyroid.

Earlier I talked about how your cat getting hyper could indicate an issue. But, on the opposite scale, acting lazy, could also indicate a problem. For example, is it sleeping twice as much, or a lot more than normal and lacking energy? This could be a bad sign.

Do cats get clingy when sick? 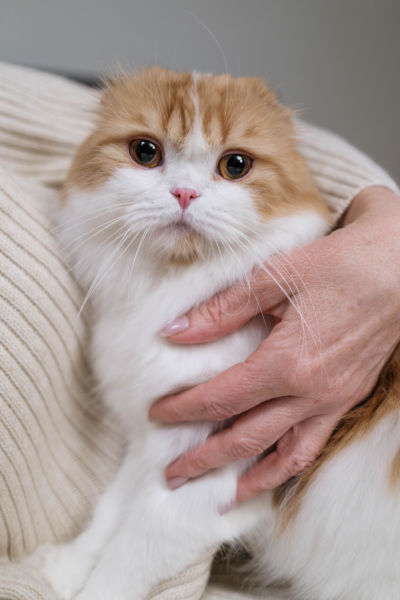 A cat being picked up & cuddled.

Some cats do become more clingy when sick. But, this varies because some do the complete opposite and hideaway. For those that do the latter, this is mainly because they feel pain, vulnerability, and discomfort and wish to have time to themselves.

This is another example of how each cat can be very different, like us humans. So, the personality of the cat really dictates how the cat is likely to react to these situations.

Why does my cat ignore me when I have been away?

A cat may ignore you when you have been away because your return has affected their new routine. This may also include their new feeder has changed, which is a big factor for a cat’s day. It is quite common for a cat to need to re-adjust after its owners have been on a lengthy vacation.

So, if you are about to take a vacation (click here to learn how to feed them while your away), then you may need to prepare yourself for a moody response on your return.

Can cats detect behavior changes in their owner?

Cats are believed to detect behavior changes in their owners. This is backed up by a study, conducted in recent years, that looked at the behavior of cats when their owner responded in different ways, such as smiling and looking moody.

The study suggested that cats responded differently to changes in their owner’s mood and facial expressions which shows they are responsive to changes by their owner.

Have there been any reports of cats saving a sick person?

There have been many reports of cats saving sick people. One example is a cat saving a young boy going into a diabetic seizure by pawing at his face to wake him up even though he was located high up in a bed in the loft of the boy’s home.

This is just one example of cats saving the day, so there are many supporting reports to suggest that they do have some great abilities to help us.