Why Is My Cat Fighting The Air?

Why is my cat fighting the air?

While we can’t be 100% sure, it is believed that your cat is simply performing the equivalent of ‘shadow boxing’. Jumping into the air and fighting an imaginary foe, your energetic cat is just sharpening up their skills and getting a little exercise in the process.

So, now you know. But, What time of day is this most common? Is this behavior normal? Should I try to stop my cat doing this? Keep reading for these answers, and much more…

What time of day are cats most likely to fight the air? 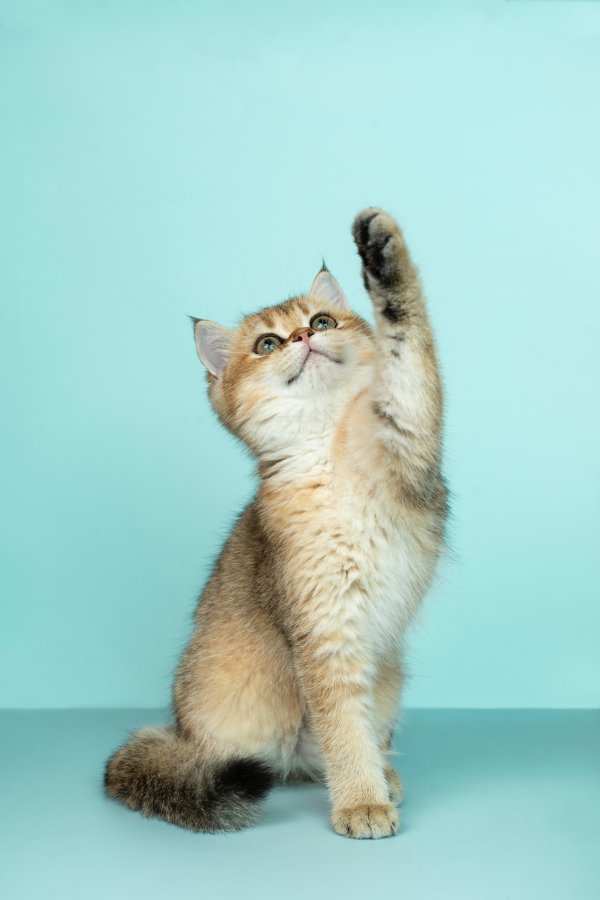 A white and brown cat playing.

This seems to occur most often late at night and this seems to support the ‘shadow boxing’ theory, as cats are nocturnal by nature and it’s likely no coincidence that they would be geared with a hunting instinct that coincides with the same hours when rodents typically come out.

Is it normal for a cat to fight the air?

While it looks like your cat is playing with a ghost, the behavior that you are seeing is actually quite common with cats. While it is believed that they are simply having a little workout and practicing those agile maneuvers which cats are famous for, if your cat is overweight then there is another possibility which might be at play.

Overweight cats have trouble grooming themselves and if they get an itch around their tails, it is not unheard of for them to jump about, biting and scratching at the air, as they are frustrated and this is all that they can reach!

If you suspect that this might be the case, some dietary changes are a good idea and your vet can help you to set up a plan to get your cat back to healthier weight.

Should I prevent my cat from fighting the air?

When your cat is in a mood like this, interfering is likely to get you a swat or even a nasty bite. It is better to let them play, but you can make it more interactive by introducing a laser pointer into play to give them something to chase or even a simply high-bounce rubber ball.

If your cat doesn’t have a lot of toys then this behavior could simply be a way of entertaining themselves.

More toys may help and if you are worried about them ending up all over the house, try mounted toys such as feathers held in place by a spring or you could simply tie a bit of yarn to a closet door or in another area that isn’t in the way.

It’s not so much that cats always want to fight (although some definitely do, especially wild Toms), it is that cats are extremely territorial. In some cases, they’ll just be loud and threatening, but things can go south very quickly.

That said, most cats actually prefer NOT to fight, as they are well aware that they could be hurt. If an aggressive stray is hanging out near the house and trying to get your cat to fight, you might consider investing in a battery-powered squirt gun and a few blasts when the other cat comes around should eventually deter them and send them on their way.

Why does my cat just stare at thin air?

While it looks like your cat is staring at nothing, you need to remember that your furry friend is an apex predator. Cats have great eyesight, excellent hearing, and a sense of smell that is sharper than both of these previous senses. More often than not, there is a small bug that’s got its attention or there could be a mouse chewing around behind the wall.

It may even be that the acoustics in that direction are helping your cat to hear something in the house. Just remember, your cat is one of the most well-designed hunters on the planet… just because you don’t see what’s got their attention doesn’t mean that they are focusing on nothing!

Could my cat be hallucinating while fighting the air?

If you have an older kitty, regular vet checks can help to rule out things such as approaching dementia or tumors of the brain. More likely than not, however, your cat is simply playing. Small things like a passing gnat or even dust particles look quite a bit different to a cat’s sharpened senses than they do to us.

It could be that they enjoy making the dust particles move when they swat the air, there could be a mosquito or a gnat that you haven’t spotted, or your cat could simply be practicing their ‘gymnastic moves’.

It’s weird, but completely normal, and it is highly unlikely that your cat is hallucinating.

Why do cats attack imaginary bugs in thin air? 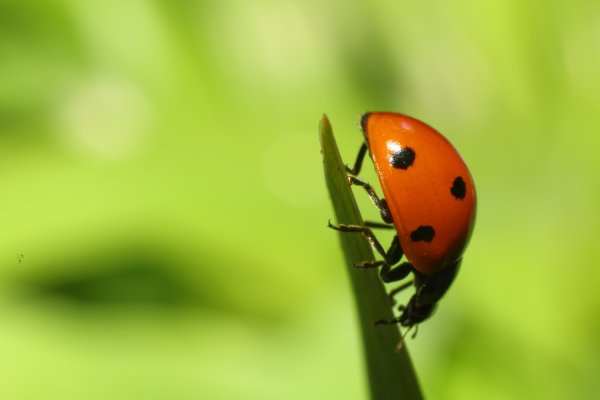 A red ladybug perched on a green leaf.

Your cat is just having a little fun. This behavior occurs often enough that it has nicknames, such as ‘zoomies’, ‘crazies’, and ‘ghost-fighting’. It also isn’t limited to kittens, as even older cats have been known to temporarily seem to ‘lose their minds’ and just start jumping up, batting at the air, and springing at the wall.

If you are worried, a vet check up can rule out any health issues, but you should try introducing a few more toys into your environment to give your cat something to focus all of that energy on. Don’t worry, your cat is just fine – the imaginary prey and enemies just help them to keep their senses sharp.

What can you do when your cat fights?

If there is not any serious wounding involved, then what you are likely seeing is that they are establishing dominance of the territory – or simply playing. Cats that really want to hurt each other are equipped and quite capable of inflicting serious injury, often in less than a minute. If your house cats are fighting over territory, they will generally work it out and stop.

If that doesn’t seem like it’s going to be the case, consider spaying or neutering your cats first. This will greatly reduce aggression and might fix the issue. Consider separating their food bowls and locating them at opposite sides of the house, as they will also fight over resources at times.

Extra toys can help if your cats are simply bored, but if all of these methods fail and your cats seem intent on seriously injuring each other, then the best option may be to find a new home for one of them.

Give it time, however, as cats are creatures of habit and it can take them a while to get used to changes in the environment, especially when it comes to new animals.

Is fighting the air a potential feline hyperesthesia symptom?

It is possible. Feline Hyperesthesia Syndrome or ‘FHS’ for short, is a syndrome where your cat exhibits an abundance of behaviors and symptoms, such as enlarged pupils, tail-swishing, and seeming to hallucinate. While this behavior is not uncommon in cats, if it seems to be occurring a large amount of time, then FHS is a possibility.

While not fully understood, FHS is believed to be related to aberrant electrical activity in the brain, as extreme cases often seem to prompt grand mal seizures in some cats. There also seems to be a genetic component, as a number of oriental breeds have a greater likelihood of developing FHS during their lifetimes.

If you believe that your cat may be suffering from feline hyperesthesia then you will want to work with your vet and they may recommend an animal behavioral specialist. Diagnosis is not a matter of simple testing, however, as FHS is still largely misunderstood and the associated behaviors may be related to other medical conditions.

By assessing your cat’s behavior and ruling out other possibilities, your vet should still be able to determine if FHS may be at play and develop a course of treatment to help your cat… just be patient with the process as this syndrome is difficult to fully confirm.

Are cat “Zoomies” the same as fighting the air?

Yes, but check the context of the behavior. If your cat is doing this after using the litter box, then an infection is a possibility, but more often than not the zoomies are just your cat having a bit of play and practicing their hunting techniques with imaginary foes, tiny bugs, and dust particles in the air.