Why Is My Cat Afraid Of Ceiling Fans? (Is This Rare?)

Why is my cat afraid of ceiling fans?

There are several reasons why a cat may be afraid of ceiling fans. One common theory is that it may resemble a predator. In particular a flying predator. This is worse if the ceiling fan has a color that stands out from the decor of the walls or ceiling. Also, if the ceiling fan shakes, this can make matters worse.

So, now you know. But, can a cat get used to a ceiling fan? Why do some cats meow at a ceiling, and what can you do if your cat is afraid of these fans? Keep reading for these answers, and much more…

What can you do if your cat is afraid of ceiling fans? 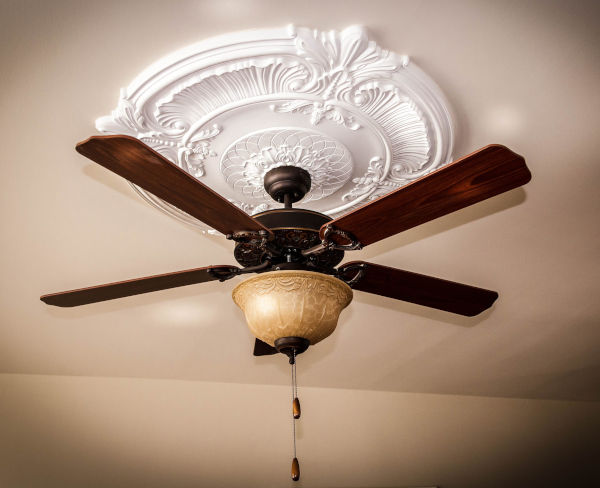 If your cat is scared of ceiling fans you may be keen to find a solution. The best way to help with this is to either replace the fan with a desk fan, stop it moving about and lock or lock the room so the cat cannot see the ceiling fan. Each one will need some testing to see how your cat responds.

Here is more detail on each option:

01. Replace it with a desk fan

Some cats just freak out to ceiling fans but are OK with other fans, such as desk fans. Therefore, you can take advantage of this by switching it with a desk fan. However, it is best to try a desk fan first. This can be done by simply turning off the ceiling fan and trying a desk fan before getting rid of it.

As discussed earlier, some ceiling fans will shake as they whirl around at speed and this can unsettle your cat. Therefore, you can avoid this happening by adjusting it, or replacing it with one that doesn’t move in this way.

03. Lock the room with the ceiling fan in

If you really like the ceiling fan, for example, it helps you sleep, then you can consider just locking the room it is located in. This is a simple solution. But, it is not always possible for all homes. Why? Well, some rooms are communal areas that are not easily closed off, for example.

Can cats get used to a ceiling fan?

Some cats will adapt to a ceiling fan. Initially, they may be scared, and some of them, in time, will get used to it. You could try using it for a few days to see if it get used to it, after learning it offers no threat.

If this fails you can always revert to your other plan, whether this is to replace it or lock the room that it is located in. And, doing this, you have lost nothing, right?

Why is my cat afraid of fans?

Some cats are afraid of fans, whether that be a ceiling or desk fan because it is new to them. This is a natural fear of the unknown and a defense mechanism, often referred to as a neophobic reaction.

As discussed earlier, if you think this is the case you may choose to try and see how they are in a few days, or weeks, when they have had time to adjust to it. Hopefully, this will make a change.

What is the fear of ceiling fans called?

The fear of ceiling fans is known as Aanemistiraphobia. This is basically a posh word for fan-phobia. Basically, cats tend to fear these fans because they are new to them and fear they could pose a risk to their life. this is a standard reaction to any loud-sounding, and unknown object.

If you think about it logically, if we humans were confronted by a loud noise coming from an object we had not seen before we would have some cautious reaction, which could be running away or defensively covering ourselves, the same thing for cats.

Why do cats meow at the ceiling? 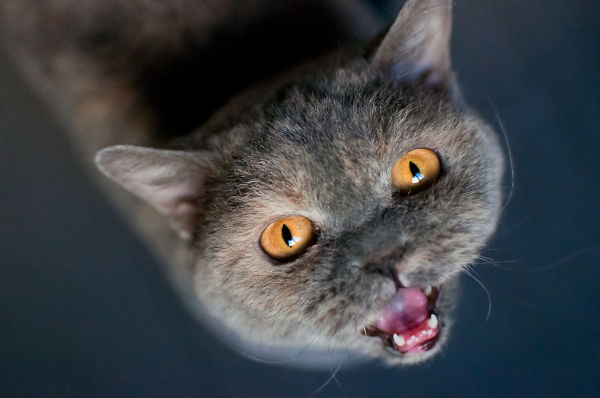 Your cat may meow at the ceiling as a hint that they want something, or wish to be high up above ground level. This is why cat trees (Click here to see the reviews, on Amazon #Ad) are popular because they allow your cat to get a view from above and express their joy fr climbing.

If you feel this may help you could try getting a cat tree to see if it will help. Or, if you wish to confirm, before investing in one, you could try offering another temporary method for it to climb up to a higher level and see if it takes this opportunity. If it does, then investing in a quality cat tree may be a good idea for you.

Some cats do like fans. However, some fear them because of the sound and movement they make. For those that enjoy it, they tend to enjoy the breeze it creates and play with it. But, they don’t need the fan to cool down the same as us humans because they do not have all-over-body sweat like us humans.

The best way to know if your cat will like your fan is to switch it on for a short period of time, like 30 seconds, and see how it responds to it. If it does not run from it then this is a good indication that it either enjoys it or at least can tolerate it.

Is a shaking ceiling fan dangerous?

A shaking ceiling fan can be dangerous. However, it depends on how much it shakes. If it is only slightly shaking, and only on the highest setting, this may be OK and in some cases expected. but, anything more, and it could be regarded as a hazard.

If in doubt it’s worth getting a professional to inspect it for you to make sure it’s safe before continuing to use it. As they say, it’s better to be safe than sorry.

Is it OK to leave ceiling fans on all night?

In general, it is believed to be safe to leave a ceiling fan on all night, or on for hours. But, this is assuming it has been correctly installed and proven to be safe. If you are in a hotel or similar accommodation it is worth checking with them because they often get these devices tested and maintained.

So, if you have ever wondered about leaving the ceiling fan on all night, you have some guidance on the best way forward with this.

Do ceiling fans use a lot of electricity?

Ceiling fans can consume a lot of electricity, but it depends on what type and model you get, and where you are located. And, it also depends on what you deem as “a lot”.

For example, the running cost of a ceiling fan could cost the same in two different countries, but due to different economics, one country could be seen as more expensive than another.

Is It Safe To Wash Cat Dishes With Human Dishes?

Why Does My Cat Pee In My Toaster?

Why Does My Cat Meow Outside My Bedroom Door?