Why Is My Cat Afraid Of Balloons? (Legitimate Fear?)

Why is my cat afraid of balloons?

Cats are afraid of balloons mainly because of all the sound waves that vibrate in the balloon. The balloon is filled with air, and that allows any sound in the area to get distorted as it goes through the balloon. It’s important to remember that a cat’s ears and eyes are more sensitive than a human’s and they can pick up on soundwaves that humans can’t.

So, now you know. But, do they get scared when it pops or is it something else? Are balloons safe for cats? Do any cats like balloons? Keep reading for these answers, and much more…

Contents show
1 Why is my cat afraid of balloons?
2 Do cats get scared when a balloon pops?
2.1 Soundwaves can bounce off of a balloon
3 Why are animals scared of balloons?
4 How can you calm down a cat scared of balloons?
4.1 01. Remove balloons when you are done
4.2 02. Using a pheromone diffuser
5 Are balloons safe for cats?
6 What scares a cat the most?
7 How do you calm your cat down when scared?
8 Do dogs hate balloons?
9 What happens when an animal ingests pieces of balloons?
10 Why does my cat like balloons?

Do cats get scared when a balloon pops? 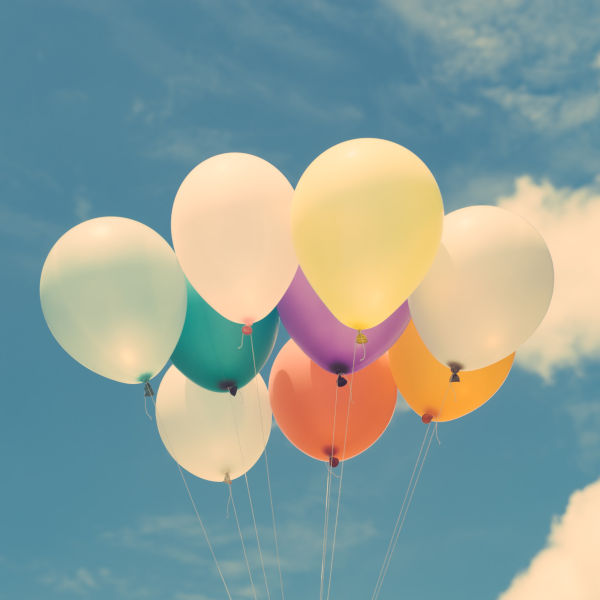 A selection of balloons outside floating.

Many cats are skittish by nature, so when a balloon pops it gives them quite a scare. Cats get scared by loud noises in general, so a sudden pop is sure to frighten them. If your cat is threatened by a balloon and swipes at it with its claws, then you may see them get quite the fright when that balloon pops.

Cats aren’t fond of surprises, especially such loud ones. The unexpected loud noise of a balloon popping scares a lot of humans, so of course, it’s going to frighten a cat. A cat has a much wider hearing range of 45 to 64000 Hz, so the popping balloon will sound much sharper to them.

Soundwaves can bounce off of a balloon

Soundwaves can bounce off of a balloon, and cats can see and hear this happening. Their survival instincts will kick in and since they are not sure what the balloon actually is, they may become afraid of it.

Another thing to factor in is that the cat isn’t aware of what that noise was. While a human may just feel a jolt of shock when the noise happens, it’s more frightening for a cat who has no idea why that loud noise occurred.

Why are animals scared of balloons?

It’s not just cats that don’t like balloons, many animals dislike the presence of balloons. Some pet owners didn’t handle the socialization process correctly with their pets, which is why they are afraid of certain objects.

However, even the most attentive pet owner could end up with an animal that is scared of balloons. This is because balloons make a very shocking sound when they rupture and most animals are sensitive to it. Their hearing is much more sensitive than ours and this sound does startle them.

How can you calm down a cat scared of balloons?

If you’re hosting an occasion where balloons are involved, there are a few different ways that you can calm down your cat. The best thing you can do is give your cat some space. If you’re decorating the main room, like the living room or kitchen, let them take off to a separate room to get away from the balloons.

01. Remove balloons when you are done

Once your party is over, make sure to remove the balloons from the room. If you have a balloon brought home from an event, take it out of the room if you notice your cat is uncomfortable.

If your cat seems to have anxiety and you have trouble calming them, many pet owners have had luck using a pheromone diffuser (Click here to see the reviews, on Amazon #Ad). These are vet-recommended devices that use a solution to help cats curb stress and unwanted behaviors.

Are balloons safe for cats?

Balloons can be very dangerous for cats, especially if they swallow a piece. Cats have sharp claws and teeth, so if they rip a piece of the balloon off there could be trouble. There is a big risk that your cat could accidentally swallow a piece, which would cause a lot of problems.

When this happens, the balloon piece can open up and become flat as it travels downs their food pipe and intestinal tract. If this happens, there’s a good chance that blockage will occur and it will need to be removed surgically.

What scares a cat the most? 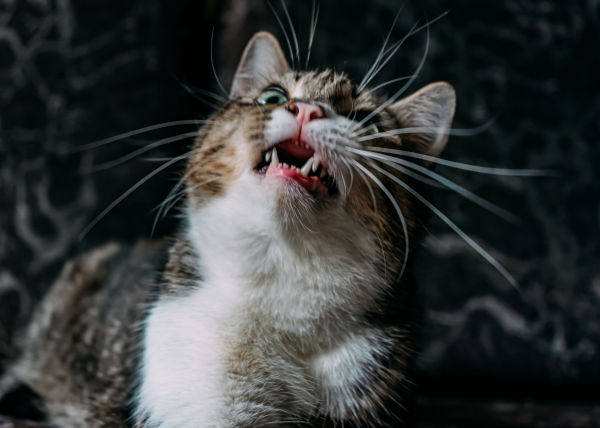 A cat meowing and looking scared.

Cats are frightened by a lot of things, but balloons are the object that scares them the most. From the way they move to the way they distort sounds, everything about balloons is downright creepy to cats. Do you know how a lot of people feel about clowns or spiders? That’s how your cat feels towards balloons.

You may have a cat that’s perfectly content around balloons since all cats are different. While balloons are definitely one of the freakiest things to cats, some other things that terrify them are:

How do you calm your cat down when scared?

When your cat is scared, the best thing to do so they feel calm is to keep yourself calm and let them be. While you may be tempted to pick them up and let them know everything will be alright, don’t. If you force your cat to socialize, you could frighten them even more.

Many cats will choose to hide when they get frightened, and you should allow them to stay in their hiding spot until they are comfortable enough to come out. It’s only natural to want to check on your cat when they seem frightened, so always approach them slowly so you don’t frighten them anymore. 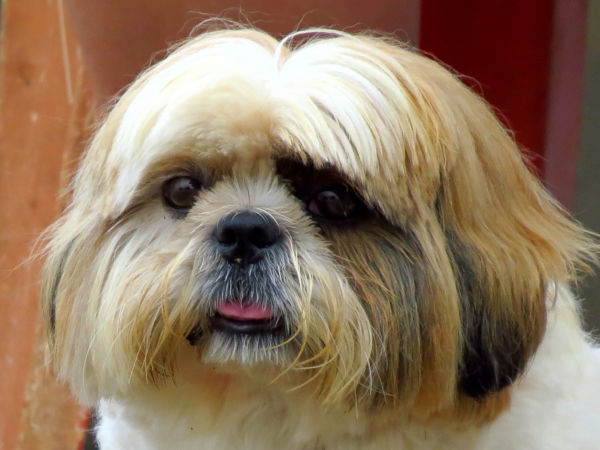 Your dog may be a lot bigger than your cat, but it’s still afraid of balloons. That loud sound they make when they get popped simply traumatizes dogs. Another thing that dogs don’t like is the distinctive noise that balloons make when they rub up against each other. Don’t let your dog’s size fool you, they are just as skeptical about those balloons as your cat.

For you, balloons represent something fun and joyous, but your pets see big balls of terror. Since their hearing is more sensitive than ours, the popping sound is much more startling.

What happens when an animal ingests pieces of balloons?

When an animal ingests pieces of balloons it could lead to their death if they don’t get surgery in time. This is because the balloon can block their digestive tract and won’t allow them to ingest any more nutrients. If this happens to an animal, it could cause them to starve to death.

Another risk that balloons and their pieces present to animals are that they become tangled in them. This is a big risk for balloons that are tied to ribbons and left outdoors. In many cases, it leads to an animal getting caught and becoming unable to move.

Not every cat is afraid of balloons, some cats actually enjoy them. This is a very rare occurrence, but some cats don’t mind them. If a cat is well socialized and not as easily frightened as the average cat then it may be okay with the presence of a balloon in the room.

Some cats may even enjoy watching them move around and have fun stalking the colorful ball of air as it slowly moves across the room. All cats have different personalities, so it’s not unlikely that your cat could get a kick out of watching balloons float around. It won’t be until they swat at it, then they may find the balloon more frightening.