Why Does My Cat Glitch? (Deja-Vu or Matrix Glitch?)

If you have seen your cat glitch or heard someone talk about this phenomenon, you may be wondering why it happens and if it is real or not…

Why Does My Cat Glitch?

There are different factors to consider as to why it seems like your cat is glitching. Your room might have a bad lighting condition, or you’ve had been staring at your screen for a long time. However, this cat glitching is often more due to a phenomenon called Deja Vu. This is a strange experience that people experience all around the world.

So, now you know. But, what exactly is deja-vu? Is this deja-vu the true answer for the glitch in the matrix? Is cat glitching for real? Keep reading for these answers, and much more… 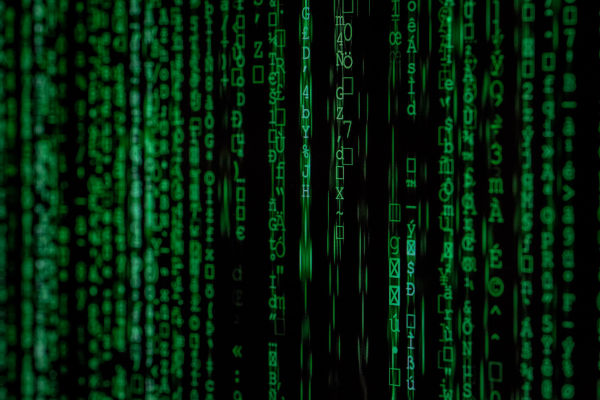 Most people call these sudden, irregular events “glitching.” Like the story from the movie “The Matrix,” glitches usually have something to do with events involving time and space. These are events in which no one can seem to be able to explain certain circumstances with logic. And that’s even if there is good video or pictures as evidence.

Entities or objects that suddenly appear or disappear are considered glitches. However, it is not the only “glitch” that can happen in real life. Most examples are very mundane and can be shrugged off harmless.

Another example is when a driver had gone to his usual 15-minute drive route back home. However, when he’s finally at home, he found out that he’s five minutes late than expected, even without changing his usual speed. Additionally, there are even experiences in which people appear out of the blue, and no one seems to have felt their presence.

What Is Deja Vu?

Have you ever felt like you’ve already seen or experienced something before, but you just can’t remember when and how?  This phenomenon is called “deja vu,” a French term for “already seen.”

For example, when you’re exploring a city for the first time, it feels like you have been in this place before. Or if it’s your first time paddleboarding, but for some reason, you just know how to make the proper arm motion.

You never know when Deja-vu will happen…

An exciting thing about deja vu is that you will never know when it would happen. Although millions of people around the world experience deja vu, its appearance is still considered random.

You only realized that it happens after the event had already occurred. And there’s nothing you can do about it but to shrug it off and maybe mumble, “Something’s changing in the matrix again.”

A famous example of Deja-vu

The cat glitch case is one of the most famous instances of Deja Vu. In this scenario, the cat owner saw his cat run into the room with the corner of his eyes. Upon looking down, there was no cat to be found in the room. This only makes things more confusing because seconds later, the cat appears in the room just like in the previous vision.

What Is A Glitch In The Matrix?

“A glitch in the Matrix” is the term used to describe a mistake or an event that is not supposed to happen. This is the umbrella term for all the odd glitches that people seem to experience everywhere. Instead of saying “deja vu” or odd “teleportation,” people can use “a glitch in the matrix” instead.

Thie term “a glitch in the matrix” was derived from the 1999 Keanu Reeves movie, “The Matrix.”In this movie, a glitch refers to somebody experiencing the glitch made by the simulation system. For example, when Neo started to see something irregular in the world, his experience is considered a glitch in the Matrix because it should not happen.

Is Deja Vu A Glitch In The Matrix?

In the movie, deja vu is, in fact, considered a glitch in the matrix. Neo was experiencing things that he should not be able to do so in normal circumstances. And that’s because deja vu is not a part of the simulated reality where humans live.

What Is A Glitch In Reality?

Glitches in real life might or might not be as real as the theory that we humans live in a simulated reality. Some people claim to have experienced real-life glitches. However, proving that these things really happen can be quite hard. This was especially the case when these said “glitches” appear randomly.

But wait, what about the glitches that are caught in the camera? With these pieces of evidence recorded, it proves that glitches are real, right? Not quite. Some instances of these “glitches with evidence” can be explained to be affected by external factors. Other videos are proven to be faked by the owner.

Since these weird instances don’t have a consistent appearance, studying glitches, in reality, is very challenging. One of the reasons we can’t be certain of this theory is that glitches are hard to replicate. Even the best scientists might not be able to study something so inconsistent and not tangible.

Glitches are hard to prove or disprove because studying these occurrences is nearly impossible. Deja vu, on the other hand, has been studied before, and a lot of researchers believe it’s real. There are even possibilities that this glitch is more likely to be a memory-related phenomenon.

A couple of studies has been tested before to replicate the feeling of deja vu. One such study was made in 2006 by Leeds Memory Group, wherein they to imprint a memory to their participants using hypnosis, games, and prints. Of the 18 participants, ten were reported to have felt a peculiar sensation similar to deja vu.

In most cases, people who have their attention occupied, tired, or a little bit stressed out, are those who commonly experience deja vu. A trigger is usually an object or a scene that they seem to be familiar with that happens to them. People who experienced deja vu have reported having a strong belief that they will know what will happen next.

There is no single established reason as to why some things trigger deja vu to a lot of people. However, some researchers do believe that deja vu happens when you’ve encountered something, but only seen or experienced a limited amount of it. And your brain was unable to create a memory out of it. This theory is known as a split perception.

What Does It Mean If I get Deja Vu A Lot?

If you get deja-vu a lot this can mean a few things, but most likely, it’s a way that your body and brain tell you to get needed rest. And it’s probably not because there is a glitch happening in the Matrix.

Try to get a quick break and continue what you’re doing once you’ve taken the rest that you need. This might also be the reason why deja vu has been a common thing that happens among young adults.

Should You Believe Someone If They Say Their Cat Glitched?

It’s really up to you. Someone’s cat glitching can be a sign that they have experienced a deja vu. They may have seen their cat do a familiar action before (like running towards the door, or going through a room.) They might have experienced this scenario before, but are just too tired to remember exactly when and how.