Why Does My Cat Get Black Boogers? (Is It Suffering?)

Why does my cat get black boogers?

Cats get black boogers because of mucous build-up that becomes dried. This is usually from discharge around the nasal area, dust in the air, or scabs. Or a combination of all of these. It looks unattractive but is easily cleaned off.

So, now you know. But, what can you do to prevent this? What is the best way to clean it off? Can it get these boogers in its eye as well? Keep reading for these answers, and much more…

What are black boogers?

The term “booger” is also known as “bogey” in parts of Europe, such as the UK. Essentially they are one of the same things. For cats, they can be black, but they can also be green if the booger is fresh.

Have you ever seen a baby with a crusty mess around its nose? Well, the chances are it is very similar to these boogers that I am talking about.

Once you have an idea what these boogers are you may be wondering what could cause them. Therefore, in this section, I will explain a few known causes…

As obvious as it sounds this problem has a high chance of being a nasal issue. Such as an infection or some form of irritation. When this happens it can cause an irregular amount of mucus or discharge.

This will look like a runny nose at first, but as it dries it can form this kind of crustacean that you are seeing.

Clothing or other material 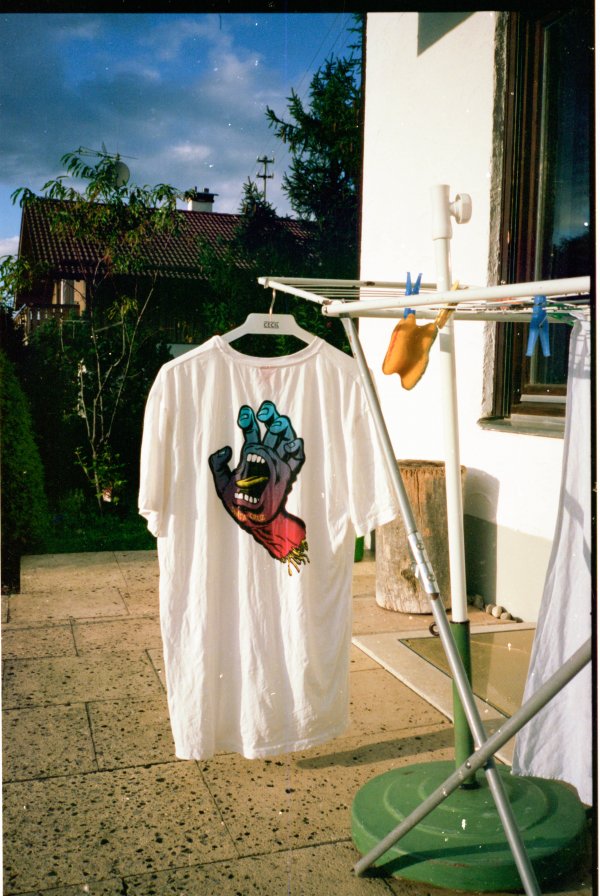 A white T-shirt outdoors on a clothes rack.

A simple reason for this could be the collection of clothing or material that your cat has brushed against. For example, some black clothing material.

If you have ever found pieces of fluff from your clothing items on your body, or other items of clothing, the same could happen to your cat.

Especially when there’s a moist nose or mucus on their nose. This will act like a magnet attracting these random pieces of material or fluff.

A scab can be formed on your cat which can cause these black marks. These marks can resemble boogers and confuse you.

Ultimately, it can come from a surface scratch that is in the process of healing. This scratch could have come from many places, such as a fight with a local cat, or grazing against a branch while they are outside.

Another explanation could be herpes. This can cause small brown/reddish lumps that resemble boogers and are easily confused.

However, it sounds serious, but it is not a big issue for cats. And, it is not known to transmit to us humans. But, if in doubt, or concerned, consult your vet to confirm.

If you have noticed small spots or lumps around the mouth or nose of your cat this could potentially be Lentigo. This is often mistaken for boogers, but it is not.

It may sound like a concern, but it is not. It is often compared to common freckles. So, not a serious concern. However, as I said earlier, if there is any doubt, it’s worth checking with your vet.

One of the simplest reasons for this is dried-up mucus inside of the nose that forms into the black boogers that you are seeing.

The formation of this mucus in the first place could be for many reasons. Such as, your cat had a cold, and therefore collected phlegm and mucus in its nasal passage.

Sometimes this black residue could be from a mix of soil and mucus. For example, your cat is recovering from a cold, and rubbed its nose in the soil.

In some cases, the cat may rub its nose on the soil in frustration from the irritation of the mucus in its nose.

Is it normal for cats to have nasal discharge?

It is normal to see some moisture or discharge from a cat’s nose. But, it is not normal to see dried or crusted over black boogers.

If you are seeing these symptoms then there could be several reasons for this. This could be a minor issue like dirt, or soil from the garden stuck on the mucus. Or, in extreme cases, it could be herpes.

Why does my cat get black eye boogers?

Black eye boogers are formed from the black pigment in their tiers. When it becomes dried it forms a hard black-colored form, known to us as a booger. These boogers are often wiped off to get rid of them. But, the reality is they are likely to form again.

These black eye boogers are not just seen in cats they are often seen in other animals and similar behavior in human eyes. Some babies have conjunctivitis. This condition causes a build-up of eye mucous which is similar. However, this matter is not black in color.

How can you prevent your cat from getting black boogers?

Preventing your cat from getting black boogers can be as simple as treating their temporary cold, or taking them to the vets and discovering they need treatment for laryngeal paralysis. If it’s the former it should hopefully be easily treated and you will just need to clean it in the short term.

However, other more serious issues will need assistance from your vet. The reality is if there is any doubt it’s worth checking with your vet. They may also have some more effective methods of cleaning these boogers.

Sometimes it’s hard to control these boogers because they can be from allergies. For example, caused by seasonal changes (more on this later).

Is it OK for me to clean my cat’s nose?

Yes. It is OK to clean your cat’s nose. But, you should not be cleaning the nose internally. Externally with a damp cloth is acceptable.

If you think its internal nose needs attention, then you should consult your vet for their advice and assistance.

How to clean cat boogers: 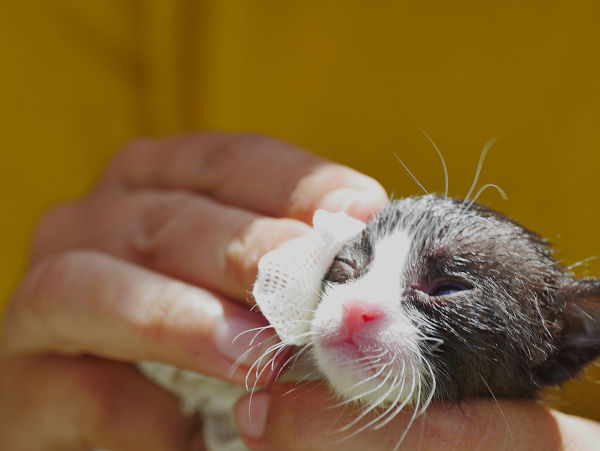 A kitten getting its face cleaned.

If you have discovered these black boogers on your cat you may be wondering what you can do to clean it off. Therefore, in this section I will explain the simple procedure:

Just to re-emphasize it’s important to be gentle when you wipe your cat. especially if these boogers are located anywhere near its eye for obvious reasons.

Why is my cat sneezing big boogers?

Your cat could be sneezing big boogers because it has a cold or the flu. There are other potential infections so it’s worth checking it out with your vet if in doubt. These boogers can get messy because they are fresh. Unlike black boogers, they will be runny and not pleasant to maintain.

So, now you have an idea of why your cat may be sneezing like this. But, it can be difficult to work out the true reason for these behaviors. So, always seek advice if you are unsure.

What could happen if it’s green or snotty boogers?

Green or snotty boogers can indicate your cat has the flu. However, cat flu is not directly related to influenza, according to Wikipedia. So, in this context, it is not the same as the flu we refer to for us humans.

Either way, it can still produce this mucous build-up and boogers may form. Which will result in you having to clean it up in the same manner.

Could laryngeal paralysis cause black boogers?

Laryngeal paralysis can cause black boogers. This is when the cartilage around the larynx does not function normally. Meaning it does not open and close as expected. You could see your cat having a cough, changes in their voice, etc.

There has been a report of an owner, whose cat has  Laryngeal paralysis. He reported issues with his cat’s breathing and having black boogers for its entire life. Therefore, he has had to wipe down the cat’s boogers for a long time.

Is black crust around the cat’s nose the same as boogers?

Either way, you will still need to clean up the mess in a similar manner, by wiping it off as described above. But, if you are unsure what caused it, it’s worth checking with your vet to make sure.

One of the reasons it’s worth checking with your vet is the chance of it being something else that you may have not guessed, for example, some weird disease that your vet could deal with if it was discovered earlier.

Small acne around the nose can sometimes be mistaken for black boogers. These acne breakouts look similar and may wipe away days after discovery. They are noticeable because they are not easily removed like the boogers are, well initially.

These acne outbreaks can sometimes be caused by plastic feeding bowls. It could be bacteria held in the micro scratches in the plastic. Other owners have simply replaced these plastic bowls with a ceramic feeding bowl (Click here to see the reviews, on Amazon #Ad) to get around this.

Not only are these bowls more hygienic they often look pleasing to the eye. However, the downfall is they are breakable, so you may have to replace them in time from accidental damage or chipping.

Can seasonal allergies cause these black boogers?

Seasonal allergies can sometimes cause these black boogers. For example, the pollen in the air in the summertime can cause some cats to have runny noses resulting in black boogers.

If this is the case it is not usually a big issue. You can consult your vet for specific allergic remedies but once the season passes it shouldn’t be too much of an issue. This is not much different from us humans who have hayfever in the spring or summertime.