Why Does My Cat Do Handstands? (Is This Healthy?)

Why does my cat do handstands?

Cats do handstands sometimes to project their urine higher when they are spraying their territory. This is a technique used to leverage themselves that bit higher. It is a method they may have learned from watching other cats growing up.

So, now you know. But, could your cat hurt itself doing this? Could you train a cat to do this? Is this only done for spraying or other reasons? Keep reading for these answers, and much more…

What is a cat handstand? 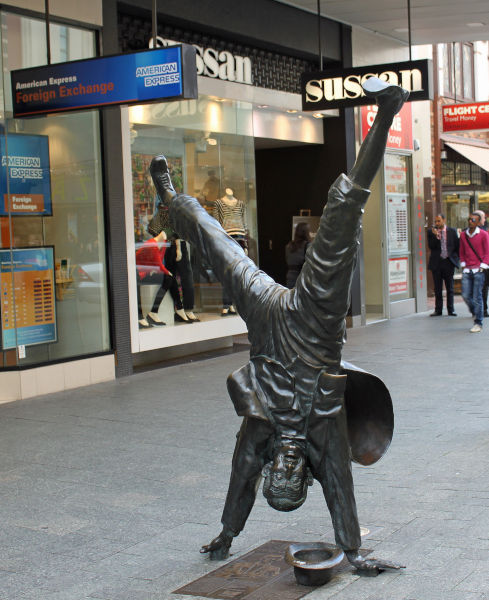 A statue of a man doing a handstand.

A cat handstand is when a cat raises its bodyweight onto its front two legs and supports its weight for several seconds. They are unlikely to sustain this pose for much longer than seconds because it is not a natural maneuver and their body is not balanced to support it.

For us humans it looks interesting, if not comical. This is because we understand how hard it is for us and to see a four-legged animal perform such a trick is eye-catching.

Could a cat hurt itself doing handstands?

A cat could hurt itself while doing handstands but it is probably unlikely. This is riskier if they choose an unsecured surface to do it on. Meaning they could fall off onto a dangerous surface or obstacle.

Mostly, cats will get into the handstand stance and then lose their balance within seconds. But, during these seconds they are vulnerable and susceptible to toppling over. And, if they are on a surface that leads to a dangerous fall, it could end badly.

What is a “spraying handstand”?

A “spraying handstand” is when a cat specifically does the handstand to spray its territory. There are occasions when a cat may do a handstand without spraying, hence this specific term.

If you see this happening your cat needs to spray its territory. This is often caused by anxiety making them feel the need to reclaim their territory. This could be as simple as the introduction of a new pet, a rival local cat, etc.

Other causes of anxiety, leading to “spray handstands”…

Some other causes of this anxiety, that could lead to a spraying handstand, is the addition of a new family member into your home. This could be as simple as a new baby that is taking all your attention, which is reducing your tie with your cat.

If this happens your cat could start to feel second best and feel neglected. If this is the case make some extra time for it. This could be as simple as playing with it an extra 30 minutes a day, for example.

Should you discipline your cat for doing handstands?

If your cat is doing handstands for the fun of it you should not discipline it. In fact, you should probably take a picture and show your friends. However, if it is doing the handstand and spraying your furniture or walls. you will need to do something.

Negative discipline is still not the answer

However, negative discipline is still not the answer here. It is better to look at an alternative. Why? Well, some cat owners have been known to lash out or shout at their cat. And yes, short term it may get a reaction from the cat. And, it may even runoff.

But, the issue is not fixed it is just parked for another day. And, guess what else? It causes an issue in your bond with your cat. It may start to distrust you. Maybe not overnight, but slowly, if the negative discipline persists.

The benefit of positive reinforcement

Instead of being negative consider using positive reinforcement. This can be as simple as rewarding your cat with treats. This will make it feel happy and more inclined to repeat your desired action going forward.

Other methods could be simply stroking and petting your cat (click here if it falls over when you do this) to show your appreciation. Cats love this. And, not only will it guide them to do what you want, but it can also build a stronger bond between you.

Do cats do handstands when they are scared?

There have been reports of cats doing handstands when they are scared. However, I will have to assume this is quite rare. Why? Because there are not many cats that do handstands, to begin with. Furthermore, a handstand while being scared is an awkward maneuver to pull of under pressure.

Most cats are likely to hiss or run off if they are truly scared. But, while it is unlikely people have reported it happening, so it is still a possibility. You may notice cats doing many weird things when they are scared, such as peeing.

Can you train a cat to do handstands?

It will be extremely difficult to train a cat to do a handstand. Some would say it is not even worth the effort. However, anything is possible. But, it is not beneficial unless you work for a circus company to invest the time in this.

Also, most cats are likely to put up extreme resistance when being trained such a thing as handstands which cause some friction between you in the process. So, it may not be worth it in reality.

Instead of a handstand, could your cat just be climbing down?

There are occasions where cat owners have reported seeing their cat doing handstands only to find out it’s merely them climbing down from a steep surface. A cat climbing down is not the same as a true cat handstand.

Why? Well, when a cat is climbing down, regardless if it’s really steep, it is using the surface to support its body weight.  true handstand will only rely on the cat using its front two paws to support its entire bodyweight, which makes it so interesting.

Has anyone ever attempted a handstand on a cat? 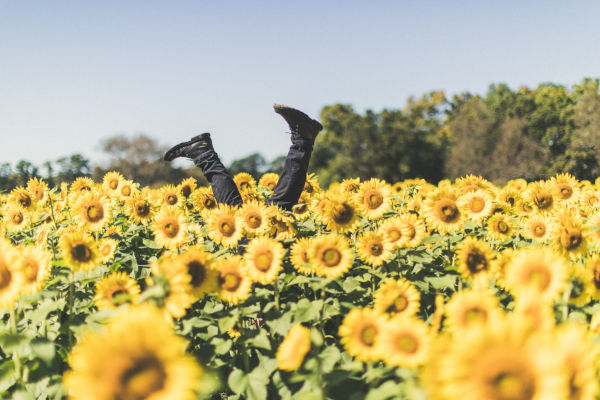 A man doing a handstand in a field?

There has been one report of a man doing a handstand on a cat, however, this seems to be done as an entertaining picture rather than reality. Whether or not if it really entertaining is debatable in itself.

This, in theory, is not possible without injuring the cat, or worse. So, I believe it’s unlikely to have happened in real life.

Is a paw stand the same as a handstand?

A “paw stand” is basically the same thing as a handstand. It is when a cat uses its front two paws to support its body weight. This is typically done when the cat is spraying its territory in high places or for general playtime.

The reality is, in the English language, many words are meaning the same thing. And, this is a classic example of this happening.