Why Does My Cat Argue With Me? (Menacing Mentality?)

If you have noticed that your cat is arguing with you it may make you wonder if you are imagining this, or if not, and it’s real, why is it happening…

Why does my cat argue with me?

Your cat will argue with you when it is either unhappy or has a rebuttal to an action. However, it is not arguing in a pure sense. It more resembles a hiss, meow, or chirp as a direct response to what you have done. This is their version of arguing with you.

So, now you know. But, do all cats do this? Can you simply just argue back? How can you prevent this from happening? Keep reading for these answers, and much more…

Contents show
1 Why does my cat argue with me?
2 Do all cats argue?
3 4 Main reasons why cats argue with you:
3.1 01. Has an issue with another animal
3.2 02. Has a problem & needs to let you know
3.3 03. Unhappy with you
3.4 04. Unhappy with another pet
4 What can you do to prevent your cat from arguing with you?
5 Do some cats argue for you?
6 Can you argue with a cat?
7 Is cat arguing a way for your cat to talk to you?
8 Can cats be obsessed with their owners?
9 Can Cats sense when something is wrong?
10 Do cats have a favorite person?

Do all cats argue? 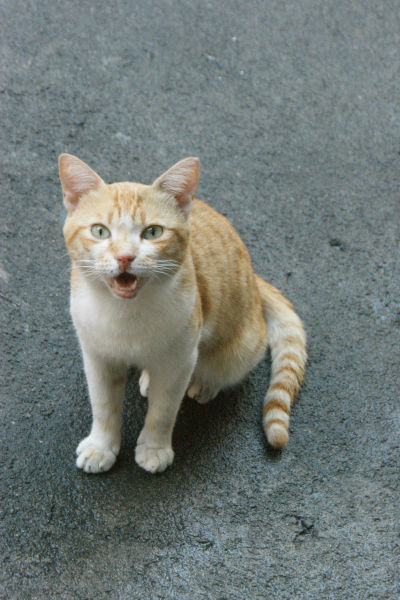 Not all cats argue, however they all have their own way of giving you feedback whether that is positive or negative. There is a well-known book, called “How To Argue With a Cat” (Click here to see the reviews, on Amazon #Ad) that explains how to deal with cat communication that takes this topic in depth.

For those cat owners that wonder about how to deal with their cat’s arguments reading a book like this may help to get an understanding of their psychology. It may also help with other aspects of your relationship with the cat.

4 Main reasons why cats argue with you:

Earlier I gave you a brief idea of why your cat is arguing with you. In this section, I will expand on this and give you more detail:

01. Has an issue with another animal

One reason for this behavior is caused by anxiety. This may be because of an issue it has had with another animal. This could be next door’s dog, a fox that got into your garden, etc. Either way, it is a nervous response that results in this.

Another reason for these arguments is a problem that your cat has. Sometimes they have no idea of how to deal with the issue and will seem to argue with you. As you can imagine the problem may not always be obvious so it can be a challenge to work out the problem.

In some cases it’s simple, your cat may just argue with you because of something you have done. Could you have forgotten to feed it, and it’s late? Have you accidentally thrown away its favorite toy? Who knows? The list is long. But, I think you get the point.

04. Unhappy with another pet

Sometimes a disagreement with another of your pets, for example, a new cat, that has stressed it out or encroaching on its territory. When this happens it could come to argue with you. In some cases, if it is a bad run-in with another pet, it could get aggressive with you.

What can you do to prevent your cat from arguing with you?

To prevent your cat from arguing you will need to work out what the issue is and resolve the problem. In most cases, it is simple, such as late feeding. In this case, make sure you stick to a schedule or offer your cat an automatic feeder (Click here to see the reviews, on Amazon #Ad) if you are naturally forgetful.

Other times the solution is not that straightforward, for example, an issue with a rival stray cat. In these cases, you can’t control what happens outside. This would need a drastic move like not letting it out, or more thought if that is not possible.

Do some cats argue for you?

Some cats do argue for you. There have been reports, by a cat owner, of their cat being relaxed when there is an argument in action, that does not involve them. But, if they are actively involved in an argument, their cat will jump in and may even meow towards their aggressor.

This may not be the same for your cat, or most cats, but it shows that every cat is different. So, like most things, each cat can respond in its own unique way.

Can you argue with a cat?

You can argue with cats, but it is not a simple case of trying to emulate the cat’s response and feed this back. In most cases, this will just confuse the cat and won’t get you the reaction you may desire.

Many cat owners make the mistake of trying to respond directly to their cat and get to know where. This is where the book called “How to Argue With Cats” (Click here to see the price, on Amazon #Ad) comes in, to give you some idea of how to correctly respond.

Is cat arguing a way for your cat to talk to you?

Cat arguing is a way for your cat to communicate with you. In the same way, a cat purring is a sign of happiness and being content while you stroke it. It is a feedback loop using body language. And, same as it arguing, it is trying to communicate an emotion.

If the arguing gets aggressive it could be the cat’s way of saying that it is getting frustrated with you not understanding or doing what it expects you to do. This is tough because both of you will be lost, trying to find a solution.

Can cats be obsessed with their owners? 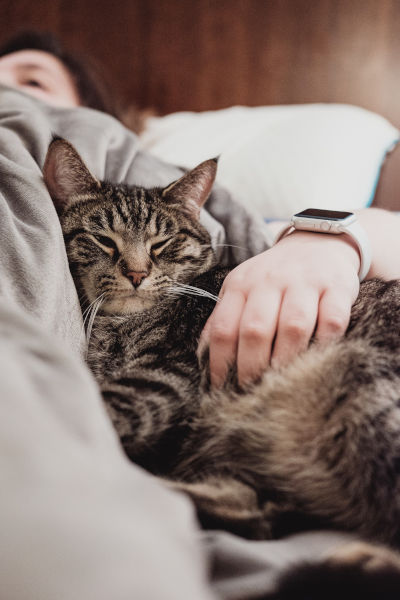 A cat being affectionate with its owner.

Cats often get obsessed with one person. This is because they are careful with their trust and when they do find a good loyal human they can trust they will devote their time and energy to them only, which can seem obsessive. Usually, this person spends the most time with them or simply feeds them each day.

It is rare to see a cat obsess over multiple people because they tend to focus their energy on one person at a time. And, cats are not silly, they know if they show love to their feeder they are unlikely to go hungry. Ever heard that saying: “Never bite the hand that feeds you”? Well, this is a perfect example.

Can Cats sense when something is wrong?

Cats do seem to have the skill to detect when something is wrong. This can be as subtle as a change in your mood. But, it can also be something more involved like a health issue. It is not clear how this is possible but there have been many reports of this behavior.

This behavior, detecting problems in us humans, is also observed in other pets, like dogs. Theories suggest they can detect chemical changes in humans, but there is no known study to prove this.

Do cats have a favorite person?

Cats often choose one specific person, or better known as their favorite person. This can cause some issues when you live in a home with multiple adults, such as your husband or wife and they make it clear who they favor.

In most cases, like the obsession I talked about earlier, this is usually based on the person they spend most of their time with or feeds them the most.