Why do mother cats attack their older kittens?

Around 10-12 weeks of age, momma kitty is going to send her kittens off into the world. That world might be the rest of your home, but the message to those kittens is clear – you’re old enough to leave now and not my responsibility. When more kittens come, she might run the old ones off and it’s completely normal.

That doesn’t mean that she doesn’t love them, as many mother cats still get along perfectly fine with their children as they age. It’s just that from her perspective, she is not taking any chances where her new kittens are concerned.

Contents show
1 Why do mother cats attack their older kittens?
2 Do mother cats miss their kittens when they are gone?
3 What should I do if my mother cat attacks its kittens?
4 When is the best age to separate kittens from their mom?
5 How do I stop my older cat from attacking my kitten?
6 Why does my cat chase my kitten?
7 How long does maternal aggression last in cats?
8 How do I know if my cat is hurting my kitten?
9 How do you punish a cat for attacking another cat?
10 Why does my pregnant cat attack its older cat?

Do mother cats miss their kittens when they are gone?

Mom cat will certainly miss her kittens for a while, but it’s not the same kind of sorrow that a human would have. This is because Nature has equipped mom with the drive to raise those kittens, make them as independent and capable of survival as she can, and send them out into the world.

When kittens are weaned before they reach 10 weeks of age, then you’ll see mom looking for them and acting depressed, typically moping in between those sessions of looking for her kittens. Still, unless the kittens stay in your home to grow up, then once they leave the mom will quickly recover.

What should I do if my mother cat attacks its kittens? 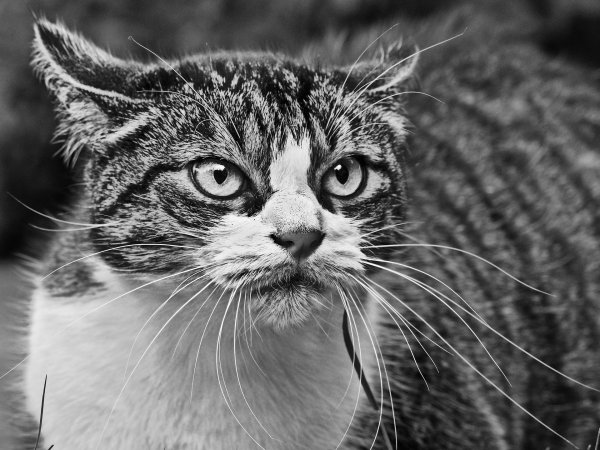 If the mother cat is hissing or biting at her kittens, then you need to check to see if she is drawing blood. Momma kitties aren’t always sweet and subtle about discipline and it’s not abnormal for her to hiss or bite her kittens – provided that the bites are not breaking the skin.

Check the kittens to make sure that this is the case but if the skin is broken, then you’ll need to call your vet right away, as you may need to nurse the rejected kittens on your own.

Also, consider making mom a new nest in the quietest part of the house. Scents, sounds, and lots of human traffic in the area can stress mom out and even cause her to turn on her kittens, so be sure that she has a peaceful nesting spot if things haven’t gotten out of hand already.

When is the best age to separate kittens from their mom?

Some kittens will be eating solids as early as 4 weeks, but you really should wait until the kitten is 10 to 12 weeks old and I’ll tell you why. While some sources state that you can wean a cat from its mother at 4 to 6 weeks of age, this is not always the best idea.

Kittens are still developing at that age, after all, and you also need to consider their social skills. When they are kittens, playing with their mom and their siblings teaches them how to deal with other animals. They learn how hard it is acceptable to bite, for instance, and how to retract their claws.

As such, it’s best to give them a little more time with their mom so that they will be strong, healthy, and well-socialized when they go.

How do I stop my older cat from attacking my kitten?

If the older cat is not drawing blood, then it’s best not to interfere. Cats are going to establish dominance and if the kitten is not related to them, it’s not uncommon for the older cat to step in and tell the kitten who the ‘boss’ is.

If the biting is piercing the skin, however, then you should check with your vet and in the meantime, keep them separated. You can also try re-introducing them in a controlled fashion. Put the kitten in a crate with some comfortable bedding and place them in the room with the older cat. The bars of the crate should prevent fighting.

This will allow them to get used to each other’s scents and when your cat hisses, say ‘no’ to them and call the older cat to you. Give them a treat when they come and try a few of these ‘introduction sessions’ over the next 2 to 3 days before letting them meet without the crate.

It takes time, but they will learn to get along, and your presence while supervising these visits will help to communicate to the older cat that you want them to welcome the kitten.

Why does my cat chase my kitten? 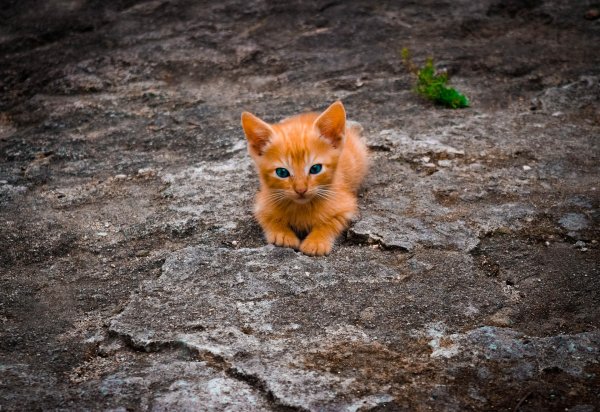 Most often it’s just a matter of establishing dominance, even when biting is involved. Cats have a habit of giving quick bites that pinch, but don’t pierce the skin, and do this as a way to tell the other cat that they are serious.

Your cat might also simply be bored, and the addition of new toys can help them burn off that extra energy, or you could try building up some positive associations for the cat and the new kitten. This is done by playing with both of them, being liberal with treats, and you might even bring a brush for grooming.

This will help the older cat to start building some positive associations with the kitten and because you will be there, you can be 100% sure that no one is getting hurt – even when it looks rough.

Mother cats are referred to as ‘Queens’ and it is not uncommon for them to be ruthlessly protective of their kittens. This maternal aggression period will usually only last a few weeks until the kittens are better equipped to fend for themselves, but it will vary from mother to mother.

Some will let you handle the kittens right away, while others may be aggressive for as much as 4 to 6 weeks until the kittens have started eating solids. It all depends on your cat!

How do I know if my cat is hurting my kitten?

If the ‘fighting’ looks almost casual, except for the occasional hiss and tackle, then this is usually okay. Check your kitten to make sure that no bites are piercing the skin and if you don’t find wounds, then it’s best to leave them alone.

There are also body language cues, such as the older cat flattening its ears or pushing them back and often their hair will ‘stand on end’, puffing up, if the cat is intent on harm, rather than just simply pushing the kittens around.

When in doubt, separate them immediately and give your vet a call, but if there are no actual wounds it’s likely going to be just fine.

How do you punish a cat for attacking another cat?

You shouldn’t. Your cat will not understand why you are punishing them and will simply think that you are being mean to them for no reason at all. Worse, they will likely become distrustful of you the more that you try to punish them.

If your cats are fighting, it’s best to separate them into rooms where they can’t paw each other under the door and reintroduce them slowly and with supervision.

Why does my pregnant cat attack its older cat?

This is mostly for two reasons. First off, the kitten is older now, and the mom has a new litter on the way and doesn’t want the older kitten to come for milk again. Secondly, the impending birth of the new litter naturally makes the mother very protective and this is her way of making the other cat ‘back off’.

Try setting up a cardboard box, cut so that the walls are high enough to prevent kittens from wandering, and line it with plastic and newspaper pages for bedding that is easy to clean. Put this box in the quietest area of the house and try to keep the other cat away from there.

Close the door if you have to, just make sure that mom has a litter box, food and water, and fresh bedding, and let her have her kittens in peace if she can’t get along with the other kitty right now.