Why Does My Cat Tilt His Head When He Eats?

If your cat tilts its head when it eats, and you have been noticing it a lot lately, you may be scratching your head and wondering why, and if it’s normal…

Why does my cat tilt his head when he eats?

Cats are carnivores, with teeth designed to tear strips out of meat, rather than for a lot of extended chewing. It is believed that the head-tilting is just an extension of the instinct for shaking a bird or a mouse that the kitty has caught. You’ll also notice that the harder something is for them to chew, then the more your cat will tilt their head.

So, now you know. But, should I be concerned about this? Could this be a bigger issue, such as Dysphagia? Could this be done to help it focus better? Keep reading for these answers, and much more…

Should I be worried if my cat tilts its head when it eats? 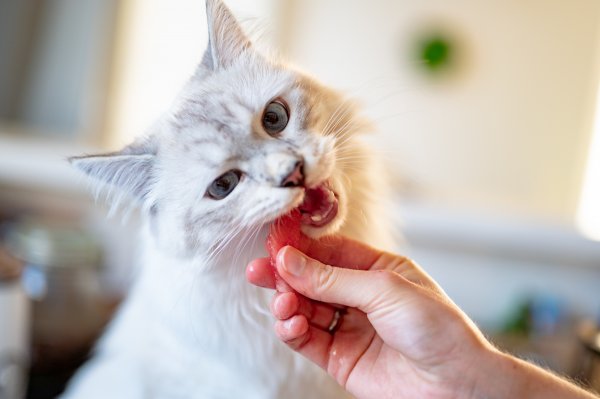 This is generally quite normal, however, if the behavior is something that has started recently and seems to happen every time that your cat is eating, then you may want to have the vet check your cat’s teeth and rule out any issues with your cat’s mouth.

Occasional head-tilting, however, is to be expected and should not be a cause for alarm. Think about when your cat catches an animal like a mouse and the head-tilting makes a lot of sense, as they would naturally tilt their head to drag the animal along the ground as they chew.

Could my cat’s head tilting while eating be Dysphagia?

If your cat’s head-tilting is frequently accompanied by gagging and difficulty swallowing, then Dysphagia is a possibility that your vet can help you to rule out. Dysphagia comes in three types, with those being Oral, Pharyngeal, and Cricopharyngeal.

Oral Dysphagic can be caused by various issues in the mouth, such as tongue paralysis, problems with the jaw muscles, or simply a dental disease, and your cat will often eat with their head tilted, food in their cheeks, and constantly throwing the heads backward in an attempt to swallow it.

Pharyngeal Dysphagia is a problem directly in the pharynx, which causes your cat to extend their head and neck and to gag frequently when trying to swallow its food. With Cricopharyngeal dysphagia, the affected area is in the pharynx, but closer to the esophagus. This will show by the cat swallowing, but often regurgitating the swallowed food.

If you see these symptoms, especially accompanied with weight loss, then an immediate vet visit is a good idea to rule out Dysphagia.

Can my cat’s head tilt be linked to Tooth resorption?

A common issue that occurs most often in cats over 5 years of age is called tooth resorption. This is a dental disease that starts with a loss of your cat’s tooth enamel which continues to deteriorate and destroy the teeth.

Symptoms for tooth resorption include a reduced interest in food, chewing in only one side of the mouth, dropping food, halitosis, and sometimes pawing at the face. If you see these symptoms or simply suspect that your cat is experiencing dental issues then a vet visit is definitely in order.

Dental issues are quite common in cats over 5, affecting about 60% of them, so it’s best to get an early start and to rule this out as quickly as possible.

What is side chewing for cats?

Sometimes your cat will contort a bit, especially when you’ve given them a fairly large piece of food, and this is known as ‘side chewing’. This is not a cause for alarm, however, as your cat is simply adjusting their head in this way to chew the food more effectively by utilizing all of its teeth.

Just like humans, cats also like to enjoy the different tastes and textures of their food, and side chewing is also believed to be a manifestation of this as well. Don’t worry if you see this or try to discourage your cat from eating in this way – just remember that they have different teeth than our own and your cat is just being more efficient about their chewing.

As long as your cat is not gagging, pawing at their face, or otherwise showing signs of discomfort when they are side chewing then this behavior should be considered completely normal.

Do cats tilt their head to help locate you? 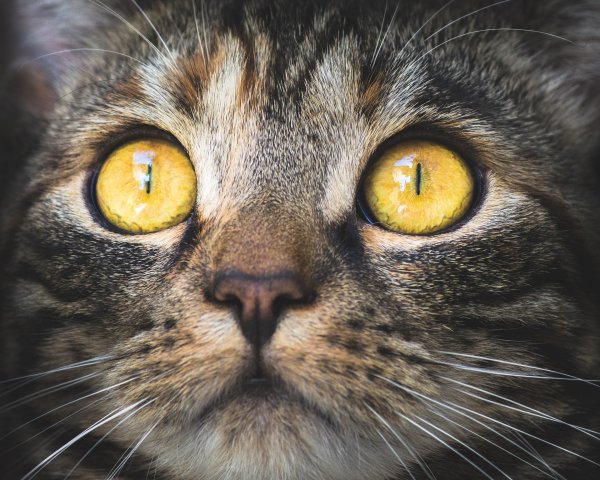 This is quite possible. While we cannot confirm this 100%, this behavior is often exhibited following a new or unexpected sound as your furry little predator attempts to locate the source. If you’ve just called them or simply said something, you’ll notice the ears sometimes turn, and it is indeed quite likely that they are just trying to get a ‘fix’ on your position.

Cats definitely know when are talking to them, so in this case, your cat is simply trying to be a better listener.

Could my cat’s head tilt be Vestibular Syndrome?

If your cat’s head tilting is also accompanied by other symptoms, such as vomiting, wobbling when they walk, or balance issues, then it may be signs of a condition called Vestibular Syndrome. Sometimes this can even be accompanied by falling, as this syndrome greatly affects your cat’s sense of balance and often comes from problems that are either neurological or centered in the inner ear.

If you see these symptoms, an immediate visit to the vet should be made for further testing in order to determine treatment options.

Do cats tilt their heads out of curiosity?

Head tilting is also believed to be an expression of curiosity in cats and it’s something that you’ll see quite often when your cat hears an odd sound or spots you eating something yummy or offering them a new toy. It’s a charming response and when you consider a cat’s heightened eyesight and hearing then it just makes good sense.

Cats are notorious for their curiosity, after all, so sometimes a head tilt is simply an expression of interest and curiosity and something to enjoy, rather than to worry about.

Do cats tilt their heads to focus better?

While tilting their heads definitely helps your cat to analyze sounds, it is theorized that it may also help them to see us and other things around the house just a little bit better. We believe that when they tilt their heads, it is sometimes just a way to see something without their noses in the way!

If you want to experience this for yourself, try cupping your hand over the end of your nose and looking at something. By tilting your head, you can get a better view, and the same is believed to be true for your cat.

Why does my cat shake its head when eating?

There are a number of factors that come into play when your cat is shaking their head while eating. Most often you see it when they are chewing something particularly tough, and this is quite normal. Other times it is also believed to be related to ‘predator behavior’ which your cat would exhibit when hunting their own food in the wild.

When a cat gets a mouse or a bird, they angle their heads to grab and also to shake the animal, and this is a very practical way to go about it. Shaking helps to dislodge feathers in birds and it also helps them to disorient and chew at their prey in order to better subdue and consume them.

Sometimes it’s even just an unfamiliar taste, as you’ll sometimes see this when you feed them something interesting and new!