Why Does My Cat Scratch The Wall Instead Of Litter?

Why does my cat scratch the wall instead of litter?

When your cat is scratching the wall instead of the litter, generally this means that the cat either feels the litter box is too small or there could be too much or too little litter. This can also mean that it’s time to change out the litter box, as cats will sometimes do this when they feel that the litter is too dirty!

So, now you know. But, how can you get it to stop this? Should I change the litter if my cat is unhappy? How often should I be changing the litter? Keep reading for these answers, and much more..

How do you get a cat to stop scratching walls? 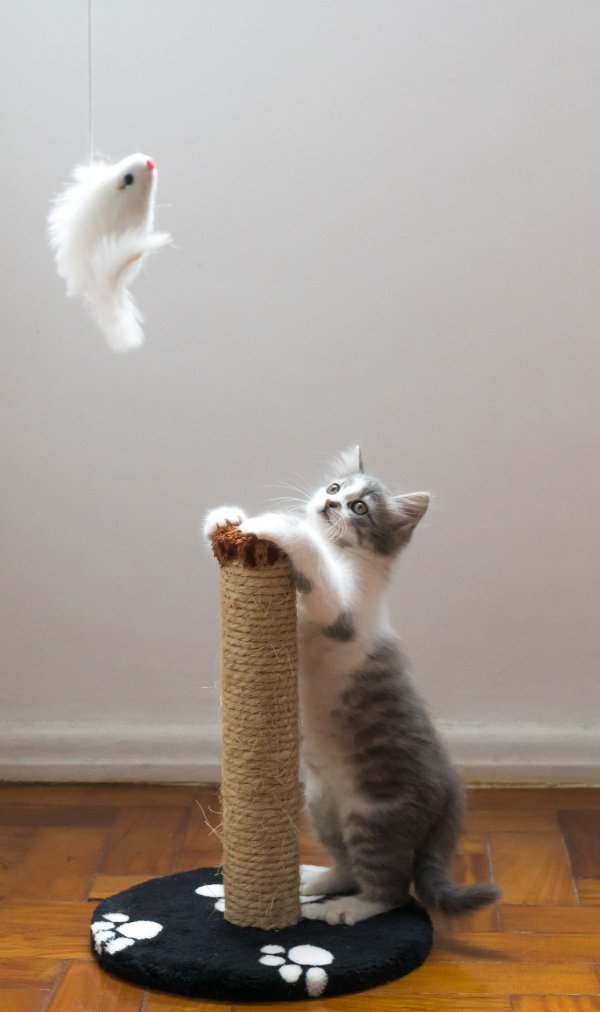 One of the easiest ways to get a cat to stop scratching walls if to get some scratching posts and to place them nearby. ‘Bait’ them to get your cat’s interest with a small amount of catnip and some dangly catnip toys might also be well-received.

If this doesn’t work, some pet stores offer citrus repellant sprays that smell great to you but annoy your cat just enough to sometimes keep them away from the item which you have sprayed. Diluted vinegar can also be used for this purpose, with a mix of 1 part vinegar and 2 parts water, which you would apply weekly as an olfactory deterrent from scratching.

If you go with the vinegar, be sure to test the area you wish to apply it on first, as acidic vinegar isn’t recommended for all surfaces (and definitely keep it away from your plants!).
Also, if it’s a good-size litter box and fairly clean, try adding more litter or a little less next time, depending on the current volume, and see how your cat responds.

Why does my cat scratch the sides of the litter box & wall when burying poop?

When your cat does this, in all likelihood they are simply trying to clean their feet a little bit before they leave the litter box. While it looks like they are perplexed and trying to find the best way to bury their poop, this is not the case.

Cats generally do bury their poop, but it’s to hide the scent from the alpha male cat. Alphas, by contrast, are happy about their poop and more than willing to simply leave it out in the opening as a general statement to their superiority.

So, if your cat doesn’t seem to really be making a poop-burial effort, but rather just seems to be scratching the walls and the litter box after they’ve ‘made a deposit’, then they are likely just cleaning their feet!

That said, in most cases they will at least make a slight effort to bury it as a nod of appreciation for our care and constant affection, but some cats are simply not as good at burying their poop as others.

Should I change the litter if my cat is unhappy?

If the litter is dirty, then change it out. Failing to do this encourages your cat to ‘hold it’, which can lead to bladder and kidney issues over time and also to little ‘surprises’ around the house. Now, if by ‘change’ you mean that you are trying a new litter, this is best done in a slow, transitional manner.

Cats are very much creatures of habit and they don’t like it when you go changing things around. If you are going to a new brand of litter, then the best course is to start with a small, bottom layer of the new litter with their old litter on top and then over the week, start increasing the ratio of new litter to old litter.

If your cat is very picky about their litter, then this can help to ease the transition to a new kind of litter which you are trying.

Clumping litter is a good idea and it works. After your cat uses the box, a quick scoop can take out the now clumped-together balls of litter which have absorbed the waste. The litter is less likely to scatter about, so your litter box and the area that surrounds it are less likely to have unsightly bits of litter all around them.

Clumping litter is also better at absorbing scents, so this is also a good reason why you might want to use it instead of standard non-clumping litter.

Now, non-clumping litter does have some advantages.  While you’ll have to change it more often, it tends to absorb more of the waste and cats generally prefer the texture to non-clumping. That said, in our opinion, if your cat doesn’t mind clumping litter, it will save you a lot of time and the superior absorption of scents make it noticeably better than standard litter.

Why is my cat scratching the wall all of a sudden?

The biggest problem is that cat scratching is normal, everyday behavior for cats, and they’ve probably just found a new spot and decided to use it.

There are a few reasons why they will do this. For instance, by means of scent glands located in their paws, scratching serves as a way to mark their territory, so your cat may just be essentially telling the word ‘this is my litter box area’.

Scratching also helps to remove dead surface-layers from their claws, keeping them fresh and ready, and it also lets them get a good stretch in the bargain. As it’s expected behavior, the key to getting them to stop scratching things that you don’t want them to scratch is to give them some more attractive, ‘allowed’ targets.

Select items that stay firmly in place and which provide interesting textures which your cat may find appealing. Place your approved scratching posts or other scratch-toys close to the area where your cat is current wreaking havoc. Finally, discourage scratching in the old location with good old double-sided tape.

If all goes well, the sticky tape should deter your scratch-happy feline and they’ll redirect their energies to the ‘approved’ collection of scratching mediums which you’ve offered.

Why does my cat scratch the wall by her food? 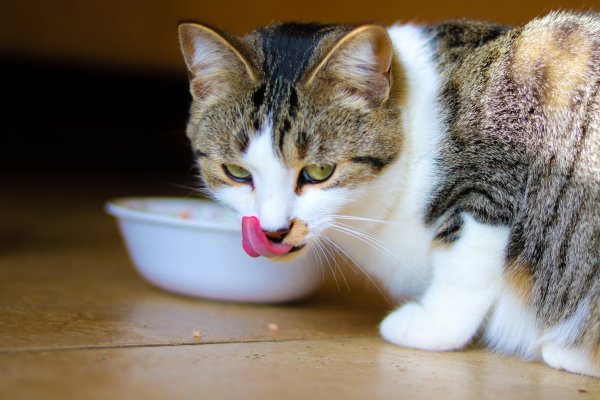 If she has kittens, your cat could just be trying to hide the scent of the food but that stubborn wall isn’t flaking away like it should. Even if there are no kittens to the equation, she might be trying to hide the scent instinctually, as cats are prone to do this to discourage predators from finding their food stash and from subsequently finding them.

Take a good look the next time that you see your cat doing this and see if it looks like they are simply ‘stretching’ a little, as this is another possibility. Your cat is just loosening up and relaxing before a nice meal if this is the case.

How much litter should I put in a litter box?

Ideally, you want 3 to 4 inches height in your cat’s litter box. This gives them enough litter to absorb the waste and to bury it if they wish to do this. While some cats may prefer more or a little less, 3-4 inches gives you a good baseline and you can adjust as-needed after seeing how your cat behaves with this amount.

How often should you change cat litter?

Twice a week is generally going to be the ideal amount of changing. If you are using clumping litter, you can sometimes get away with waiting a little longer, but this assumes that you are scooping up the clumps daily.

Twice a week is easy to do and generally keeps the box nice, just make sure that you use some mild dishwasher soap to clean it before replacing the litter and always check it when you pass just in case you need an ‘emergency change’.

Why does my cat scratch the wall & floor when it’s next to the litter box?

When your cat is scratching both the wall and the floor next to the litter box, then it’s time to do some cleaning. Your cat is trying to clean up the area on their own, most likely, or they feel that their waste-scents are not being properly hidden.

A quick clean of the litter box and some nice, fresh litter should be all that you need to stop this behavior and to make your cat happy with their box again.