Why Does My Cat Give Me Eskimo Kisses? (Sign of Love?)

If your cat is giving you Eskimo Kisses you may be shocked or just interested to understand why they do this, and if they understand it’s a positive action…

Why does my cat give me Eskimo kisses?

So, now you know. But, do all cats do this? Do cats feel love when you kiss them? Is it OK to kiss your cat on the lips? Keep reading for these answers, and much more…

Contents show
1 Why does my cat give me Eskimo kisses?
2 What are Eskimo kisses?
3 Do all cats give Eskimo kisses?
4 What is a cat kiss?
5 Where did the name “Eskimo kiss” come from?
6 Do cats know that kisses are a sign of affection?
6.1 Not all cats appreciate this…
7 Do cats feel love when you kiss them?
8 Do cats also kiss on the lips?
9 Is it okay to kiss your cat on the lips?
10 Is kissing your cat weird?
10.1 Their personality makes a difference…

What are Eskimo kisses? 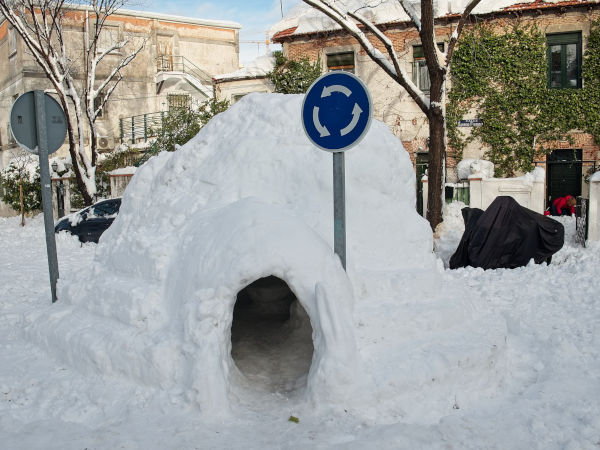 The term Eskimo kiss comes from a way that some Inuit people (historically Inuit people have been called Eskimos by settlers, but it is important to note that Eskimo is not the preferred word for Inuit people today) greet each other.

People living in cold climates may have greeted each other this way because most of their faces, mouths included, would be covered against the cold.

Do all cats give Eskimo kisses?

Not all cats will show affection by Eskimo kissing you. Many cats, especially if they are comfortable with you, will rub their bodies on you as a show of affection. They may also head butt you to show affection and to tell you that they’d like to be petted.

It is important not to expect or force a cat to kiss or lick your face. If you get too close to a cat’s face and expect it to lick you, it may see this as a sign of aggression and you may be invading their personal space. This could lead to you being scratched or bitten.

Cats, like all pets, have their own personalities. Some cats may want to lick or kiss you, and some cats may not. It is important to maintain boundaries with cats, especially cats you are not familiar with. Never get in a cat’s face if you are not comfortable with them!

What is a cat kiss?

A cat kiss usually refers to cats sniffing, touching, or grooming each other near their mouths. This is not a romantic gesture between cats but may be seen as friendly or affectionate.

Cats may “kiss” each other as a bonding experience – particularly between a mother and her babies, or two cats who live in the same house and get along.
Cats who do not get along definitely will not attempt to “kiss” or groom each other.

Where did the name “Eskimo kiss” come from?

The name Eskimo kiss came from a greeting that is sometimes used by Inuit peoples (formerly called Eskimos by settlers, which is not considered to be a preferred name of Inuit people).

Due to the extremely cold climates in which Inuit people have lived, they may greet each other by rubbing their noses together, rather than giving a kiss on the lips, as usually just their noses are exposed due to the cold. An “Eskimo kiss” is called a kunik by Inuit people.

Do cats know that kisses are a sign of affection?

Cats most likely associate kisses with affection because they can see the positive response from their human family members as a sign of affection.

Usually, if you kiss your cat you are also probably petting them or speaking to them in a happy or soothing tone. These are all things that they associate with affection anyway, so adding a kiss on top of that probably just adds to the affection.

Not all cats appreciate this…

Some cats are not as cuddly as others and may not enjoy kisses. These cats may see kisses as an invasion of their space, and it may lead to you being swatted or bitten. Most cats, if they are comfortable with you will not mind kisses and will tolerate them.

It is important to get to know how your cat enjoys being interacted with – your cat will be sure to let you know if they enjoy your kisses by purring or maybe meowing. Your cat will also tell you pretty quickly if they find your kisses to be a nuisance – they may hiss, swat or bite.

Do cats feel love when you kiss them?

Your cat does associate kisses with love. They also show love in their own ways, such as by head bumping, or they may even stare at you from across the room and blink slowly at you.

Some cats may also stare at you and then slowly close their eyes halfway and continue to stare at you. If you are unfamiliar with this, it may be a little creepy! But it is actually the cat’s way of telling you that they love you.

Do cats also kiss on the lips?

Cats may “kiss” each other on the lips, but as mentioned before, they are not actually giving each other romantic kisses. They may be trying to groom each other, as a mother cat would groom her kittens.

When your cat kisses you on the face, they may be trying to groom you as if you were a cat, which shows you that they love and care for you.

Is it okay to kiss your cat on the lips?

If you want to show your cat some love by kissing them, it is a better idea to kiss them on the top of their head, rather than anywhere near their mouth.

Aside from the risk of diseases, your cat may just also not like you putting your face that close to their mouth. They may see it as stressful or threatening, and you may end up getting bitten.

Is kissing your cat weird?

Kissing your cat is generally acceptable, but as mentioned previously, it is generally not advised to kiss your cat on the mouth due to the risk of diseases.

It is perfectly acceptable to kiss your cat on the head, provided that your cat does not mind it and it does not upset them.

Their personality makes a difference…

Every cat is different and has its own personality – some cats may love kisses and may purr when you kiss them, whereas other cats may feel uncomfortable with kisses.

If your cat does not enjoy kisses because you are getting into their personal space, it may be best to just stick with petting them, talking to them, or playing with them and giving them toys that they enjoy playing with.

As long as you are kind to your cat and interact with them in a way that makes them comfortable, they are sure to be happy and love you just as much as you love them.