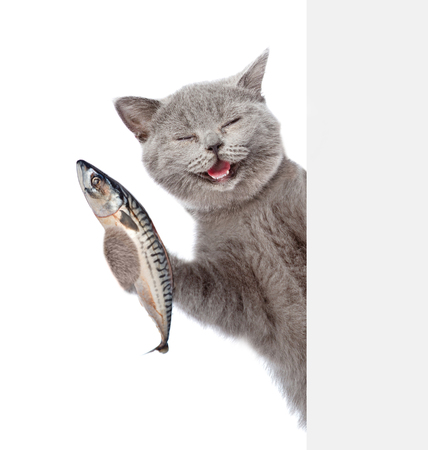 What is The Best Food For Your Cat?

So, which diet best suits your cat? Is it dry food, or rather raw food? Some may even go further and argue that an organic diet feed is the best.

Regardless of whether the feed is semi-dry, raw food, organic food, grain free, wet food or if it’s a dry feed, please focus more on the ingredients and nutrient contents of the feed, moreover, ensure that it’s a balanced diet.

So how do you know that your cat food is balanced when you purchase a feed or prepare one? According to webmd, you should look for a statement from the Association of American feed control officials (AAFCO).

Understanding The Importance of Giving Your Cat A Meat Diet

Unlike other pets such as dogs, cat’s require specific vitamins, proteins, and minerals that comes specifically from meat. And to be more precise cat’s require a highly digestible animal protein feed.

However, according to Pet Education, the meat diet should not be raw meat as raw meat contains bacteria such as Salmonella and E.colli which are harmful to cats posing serious threats to their health.

As a Cat pet owner, by now you have realized that cat’s don’t drink lots of water. This can be attributed to many facts some of which include; some cat’s prefer drinking running water, some prefer drinking from a kitchen sink whereas some won’t simply drink water from a plastic or metallic bowl.

To make the matter even worse, unlike dogs, cat’s bodies lack the necessary metabolic pathways required for processing carbohydrates. So how do you deal with such situations?

Ensure that you give your cat wet food. Wet food is ideal for proper nutrition and also prevents urinary tract infections that are common among cats.

Most canned cat foods are wet foods and as such consider purchasing them. Wet foods contain high levels water content and are rich in animal protein, moreover, they have lower carbohydrate nutrients levels.

What About Dry Cat Food?

Dry cat feeds are a rich source of carbohydrates but are less nutritious. Continuous feeding of dry foods to your cat is not recommended as the feeds are rich in carbohydrates which leads to diabetes, obesity, urinary and kidney problems among cats.

However this is not to say that dry cat food should be avoided, it’s only recommended to feed your cat with small portions of these feeds. And as such, you should try giving your cat a fixed formula of dry food.

First of all, before we discuss organic foods for cats it’s important to distinguish between organic cat foods and natural cat foods.

Natural cat foods do not contain any chemically synthetic ingredients and its ingredients are derived only from plants, animal or mined sources.

Organic cat foods, on the other hand, refers to cat food made from a combination of organic nutrients mixed together to come up with a more balanced food diet.

Organic cat foods are good for cats as they ensure optimal health for cats while at the same time feature a taste that cats love.

According to PetCareRX, cats lack a salivary enzyme called amylase which is responsible for breaking down carbohydrates found in grains such as wheat and corn before they reach the stomach.

As such cats find it hard to digest grains.

Another reason why cats don’t like grain feeds is that some of them are allergic to grains.Therefore, it’s recommended that pet owners avoid feeding grain feeds to their cats.

Making raw homemade feeds for cats is a good option as it allows pet owners to locally make and prepare their own pet food that is of high ingredients including minerals, vitamins, and proteins.

However, Pet owners when preparing such feeds they have to ensure proper preparation in accordance with the guidance of a veterinary officer in order to ensure quality control so as to prevent the risk of bacterial contamination of nutritional deficiency.

Whenever preparing raw foods, cat owners need to take into account that cats require water, minerals, vitamins, fatty acids, amino acids and proteins and as such ensure comprehensive inclusivity of such important nutrients in the foods being prepared.

A meat diet is essentially important as cats normally require specific vitamins, minerals and proteins derived from animal meat. However, raw meat should be avoided at all costs as it possesses bacteria ( salmonella and E. Colli) which normally affects the health of cats.

Wet foods are also equally important as they contain high water content levels since cat’s don’t drink lots of water. Regulation of dry feeds should be observed so as to prevent consumption of too many carbohydrates by the cats which may lead to diabetes, obesity, urinary and kidney problems.

Organic foods should also be considered as they ensure healthier pets, guarantee longer life and reduce the food intake levels by the cats. Grain-free feeds should also be administered as cats find it hard to digest grains and some of them are allergic to grains.

Finally, raw feeds are also nutritious but caution should be taken when preparing them so as to avoid contamination and nutritional deficiencies

How to Make Wet Cat Food From Dry (Is it hard?)

Do Cats Hate Citrus? (What is it? Will it harm them?)

Do Cats Get Munchies From Catnip? (Is this normal?)

Does Catnip Stimulate a Cat’s Appetite? (Is it safe?)

Can Laxatone be Mixed With Food? (Will it work?)