Lion Cut For Cats: What Are the Pros And Cons?

If you have a cat and wondered about a Lion Cut style for their fur or just curies about the Pros and cons, keep reading…

Why do cat owners choose the Lion Cut for their cats?

Cat owners often choose the Lion cut for either aesthetic purposes or for a practical reason. The aesthetic reasons are obvious, to some, it looks nice and makes their cat stand out.

As for the practical reasons, this can include a way to deal with the changing weather, such as the summer is coming in a hot country. An easier alternative to having to keep brushing and grooming a long-haired cat.

Or, if your cat has matted fur issues, this can be a way to get around it.

What alternatives are there to using the Lion Cut?

If you are not a fan of the Lion Cut or feel it’s not ethical for you, the alternatives can be simply trimming your cat’s hair in the hot summer months. Or if shedding is an issue spend your time grooming your cat regularly to counter that.

As you can see, both of these alternatives are doable. However, some cat owners prefer not to do it. And, therefore, elect to go for the Lion Cut.

Where does the name ‘Lion Cut’ come from? 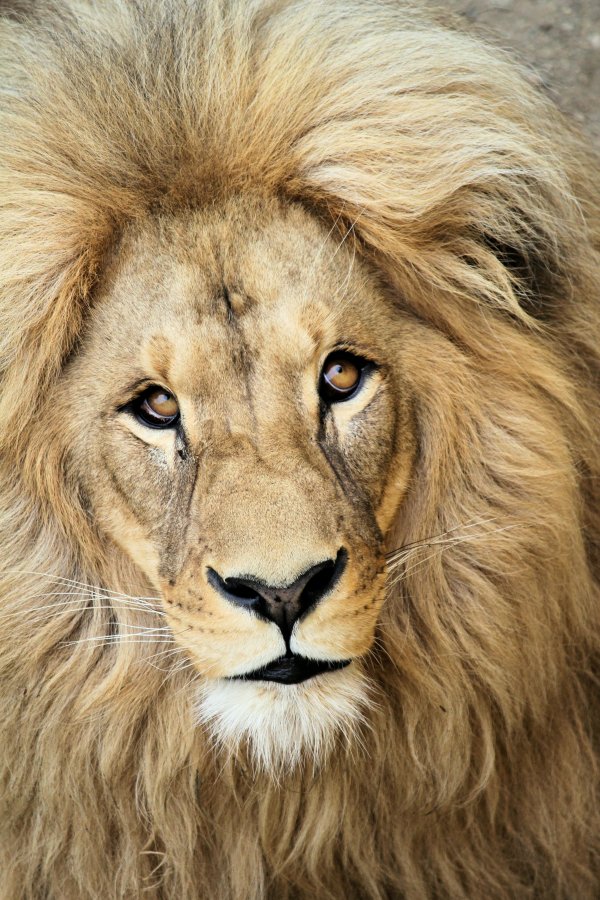 A lions face close up.

It may be obvious, but the Lion Cut is called this quite literally because your cat resembles a Lion once it’s done. There is nothing more to it than that.

Some cat owners think it looks cool and takes fun pictures once it’s done. While others feel it’s not a good idea and totally avoid it. So, it’s down to personal preferences.

The Lion cut has the fur removed, right to the skin, across the majority of its body. Only leaving portions of fur on its tail, paws, and around its head.

When you look at the end result you will see why people call it this.

Who should perform a lion cut?

The Lion Cut should only be done by a professional, or an extremely skilled and experienced cat owner that feels confident with it.

Why? Because it is difficult to trim a cat that is likely to put up resistance. And, while you wrestle with yout cat, you have the complexity of te cut as well. Therefore, its not advisable for novices.

How do cats react to a Lion Cut? 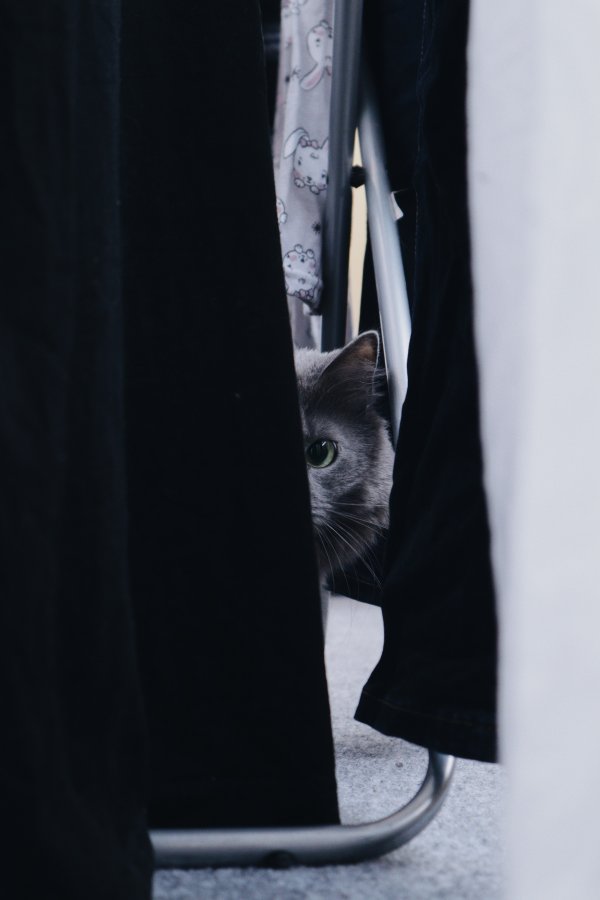 A cat hiding behind a door.

Cats react to Lion Cuts in various ways. But, in general, they are likely to run away and feel scared. This is because it’s not a natural choice and it can affect their trust levels.

Some cats, once they are used to it, could start to accept it. Either way, it’s important to monitor them, not just while they’re being trimmed. But, after as well.

Why? Because some cats may start licking or scratching their bare skin. And, if left unmonitored, it could develop into a skin issue.

How long does it take for their fur to grow back?

On average, for cats with short fur, it can take a few months, for example, 3. But, if they have long hair, you can double this to at least 6 months.

Also, it’s worth noting, it won’t just grow back perfectly the first time. It may grow back uneven or patchy. Therefore, it may need to be trimmed or cut a couple of times before it is back to normal.

Advantages of a Lion Cut:

In this section, I will explain some of the benefits of a Lion cut…

Easier for older cats to maintain

If you have an older cat, that struggles to groom itself. Then, a Lion cut can be advantageous. Because it allows them to not have to do it and keep themselves looking good.

As a cat ages, issues such as arthritis, can cause them to struggle with even the most basic things such as grooming, or even getting to the litter tray. And, this is just one way of potentially helping it.

Easier for an obese cat to maintain

If you have an overweight or obese cat, you may notice, like an elderly cat, grooming can be a challenge. If this happens then they too may benefit from having a Lion cut. This will free them of the task of self-grooming that they are struggling with.

Obviously, it is better to deal with the root cause of teh problem, the excessive weight, by controlling their eating habits and more exercise. But, this can help them.

When the summer comes, especially in hot countries, some cats may become uncomfortable. So, soem cat owners choose this cut to help them deal with this.

Some cats have a big problem with hairballs. If this sounds like your cat you may know that this is coming from them grooming their fur and collecting deposits of fur in their stomach.

When this happens, hairballs grow and get stuck. Causing your cat to cough up, or attempt to cough up these hairballs.

Having a Lion Cut can help to stop this happening because they won’t have the fur to groom and lick, which will avoid the hairballs.

Some cats have problems with matted fur. If thai happens the fur will get clumpy and uncontrollable for yoru cat. Which typically resultys in the owner having to deal with it.

This can be a big problem, and require a de-matting comb, and hours of pain for the owner and teh cat. Therefore, the lion cut may present an easier option.

If you have been grooming your cat for months, or years, you maybecome sick of it. Therefore, opting for a lion cut may hep you to avoid this once and for all.

However, with that being said, it will require the initial cut, and re-stying in time. But, it avoids the regular grooming session you may hate.

If your cat has problems with shedding. Especially as the season changes, you may be looking for a way to stop it. Shedding can leave fur all over your home and cause embarrassment when friends visit.

Therefore, trimming your cat into this style may be a way to avoid this problem once and for all.

Disadvantages of a Lion Cut:

Although the summer months can make your cat hot and bothered choosing the Lion cut can cause issues with sunburn. You see, their fur can shield them from the sun, especially in direct sunlight, unlike their bare skin.

Low protection from scratches or cuts

Another issue is getting scratches or cuts by accident. This can happen as they play or venture outside. Their fur would naturally create a barrier to avoid this. But, without it they are left bare and susceptible.

Adverse effects on cats with ill-health

Some cats with ill-health can be vulnerable if they do not have their fur. This is because their body temperature is not regulated as it was, naturally, when they had fur all over.

Therefore, it is not advisable for these cats. And, to be safe, its worth consulting your vet anyway before doing it.

It may be no surprise that cats do not naturally like having their fur cut, or even trimmed. So, a drastic cut like this will cause a lot of resistance from them. Hence the reason why its best left to a professional, or not done at all.

As you can imagine a professional cut like this may look nice, in your opinion, but it will not be cheap. Therefore the costs have to be factored in. And, not just for the initial cut, bit ongoing maintenance.

How do cat groomers restrain cats for a lion cut?

A cat groomer, that specializes in lion cuts for cats, will often sedate a cat or take their time and do it gently. If the first time for a cat, the chances are it will put up resistance, scratch or even try to bite, so sedation is often used.

Regardless of the method it is best left for a skilled professional because its quite a drastic cut. So, if you get it wrong, you will have to wait quite a while for the fur to return.

How Much is Lion Cut for a cat?

The cost of a lion cut can vary, depending on where you live. But, for example, back in 2020, in Pennsylvannia, cat owners could get a lion cut for approx $60.

Apart from location, another factor in these prices is inflation. So, depending on when you read this, this cost could have changed a lot.

Why Does My Cat Lick My Kitten Then Bites Her Neck?

How Long Does it Take Frontline to Dry?

Maine Coon Cat Matted Fur: How to get rid of it

Can I Use Baby Shampoo on My Cat (Will it hurt)?

Can You See Cat Dander? (Invisible or What?)

Can My Friend Bring Fleas To My House? (Read This 1st)

How Long Does it Take For Advantage to Dry