If you are researching calico cats and wondering about picking up a female, you may be wondering how much they cost.

How much is a female calico cat worth?

So, you have learned that calico cats can be expensive depending on what sex you choose. But, while you are researching, you may come across different names for calicos but what different names are there?

Also, what about their personality, fertility, and expected lifespan? Keep reading to learn this, and much more.

What is a Calico Cat? 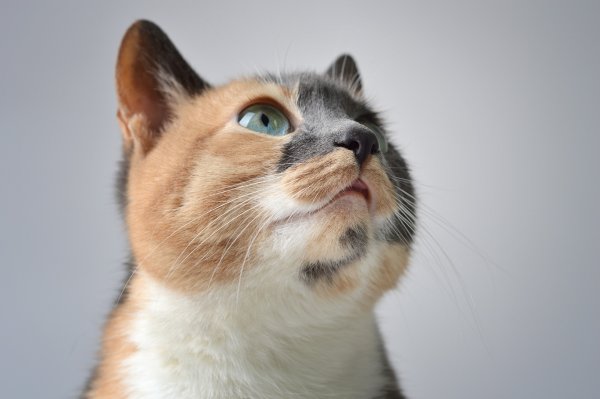 A Calico cat looking up (close up).

The chances are, if you are here, you have a good idea of what a calico cat is. But, to make sure we are on the same page, let me clarify what they are.

According to Wikipedia, Calico cats are domesticated cats that have a unique coloration in their fur. This means they have anywhere from 25% to 75% of their fur white, with the other part being a combination of black and red.

So, as you can see calicos are just cats with a distinct coloration on their fur. They are not a special breed of cats, which, many people assume they are. But, do they have other names?

What is another name for a calico cat?

On your journeys, researching calico cats, you may come across several different names that are used interchangeably. This can make it a bit confusing. According to Wikipedia, there are a few to look out for.

Four different names are often used for calico cats. This is Brindle, Tricolour,  Tobi Mi-Ke, which is is Japanese, roughly interpreted as, Triple-fur. And, there is also the Dutch equivalent, which is Lapjeskat.

So, now you know there are a few different variations of the Calico names. This will help you research these cats are a lot easier. But, what about their personality, is this different from other cats?

Before you purchase a cat it is worth checking out their temperament and personality.

Although calico cats are not a breed they are known to have an interesting personality. This is often compared to tortoiseshell cats. They like their own space, a bit feisty but, they do have a loving and affectionate side as well.

However, as I said earlier, they are not a breed so their personality can fluctuate a lot depending on their breed.

Can female calico cats get pregnant?

If you have been looking into Calico cats, you may have heard about female calico cat’s fertility. But, are these rumors true?

So, now you know, calico cats can get pregnant but their color variation cannot be reproduced by breeding. But, what about their lifespan?

How long do calico cats live in human years?

If you are researching calico cats you may be wondering about the long longevity of their life. Keep reading to understand roughly how long a calico cat can live in human years.

The lifespan of a calico cat is dependant on their actual breed. This is because they are not a breed, but a distinct coloration of a cat. Generally speaking, cats can live from 10 to 18 years, on average, depending on their breed.

As I said, they are not a specific breed, so their lifespan varies a lot. For example, a Persian cat may live 10 to 17 years. Whereas, a Turkish Angora may live anywhere from 12 to 18, are you with me?

Why are calico cats so mean? 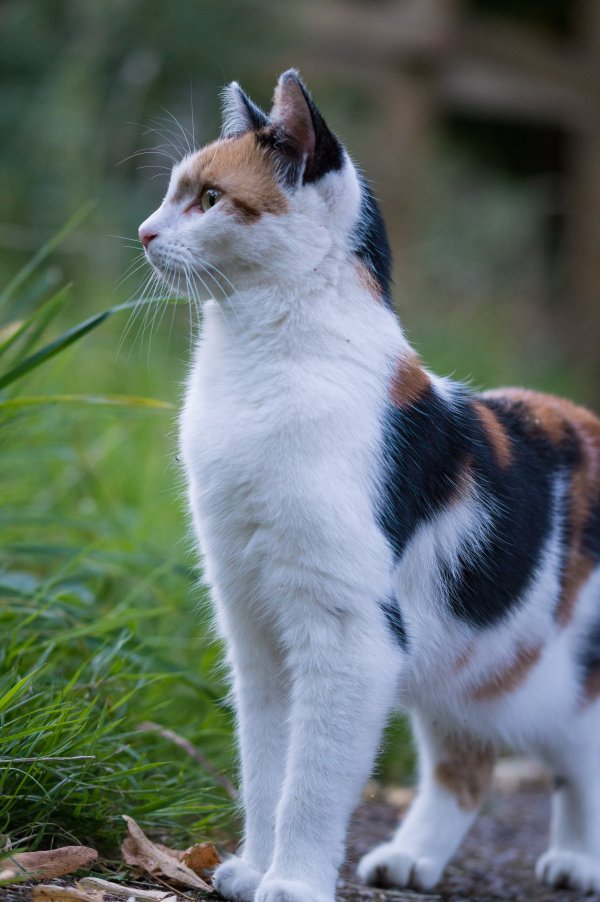 A Calico cat out on some grass.

There is a rumor that calico cats are known to be mean or more aggressive than other types of cats. But, is this true?

Yes, it is known that Calico cats have a higher level of aggression. This is also similar to Tortoiseshell cats. This is believed to be in connection with their genes. In particular, The X chromosome, which is often referred to them being “sex-linked”.

So, as you can see the genetic makeup of a calico cat has as been linked with their behavior traits. But, is it also true that calico cats are always female?

Are most calico cats female?

If you have research calico cats no doubt you will come across many reports of them being predominantly female, but is this true?

So, now you know no the reason why calico cats are mostly females, and this is why the male calico is so rare and sought after. But, why do so many people compare calico and tortoiseshell cats?

What’s the difference between a Calico and a Tortie?

If you have been researching Calico and Tortie (tortoiseshell) cats, you may be wondering what the difference is and if it affects things.

The biggest difference between a calico cat and tortoiseshell is the white coloration on the calico’s fur. Tortoiseshell cats do not have white on their fur, making this the obvious difference. So, it is easy to tell them apart.

So, now you know what the difference between a calico cat and a tortoiseshell. But, how big can these calico cats get?

How big can a calico cat get?

An obvious question to ask, when researching calico cats is how big they can get. This is often asked by people who don’t have a full understanding of what a calico cat is.

Calico cats are not a breed, they are distinguished by the coloration of their fur. So the size of a calico cat can vary significantly. In general, an average-sized cat could be from 7lbs to 9lbs. However, if you have a bigger breed of cat it could be much bigger.

For example, if you have a Maine Coon, which happens to have calico colors if that’s even possible, he is likely to be significantly bigger than the average size cat. But, what about their diet, what do calico’s eat?

What food do calico cats eat?

Before you get a calico cat, you may be curious about their eating habits, is it any different from any other cat?

Calico cats will eat the same food as any other domesticated cat. For example, they will eat wet canned food, dry cat food, or even chase and eat the odd mouse to two. their eating preferences is largely based on their personality which varies. But, what about their temperament, are they aggressive?

You may have heard some rumors that calico cats are more aggressive (can you have two together? click here). But are these rumors accurate? Well, according to this site, it would suggest they are…

Yes, calico cats are believed to be more aggressive, due to a survey that was done by Elizabeth Stelow, which had a sample of 1200 cat owners. It concluded that calico and tortoiseshell cats showed more aggression than other cats.

So, now you know that calicos can be a bit more aggressive than your average tabby cat. But, don’t let this deter you from getting one.

What is a Calico cat price (In General)?

Calico cat prices range from $400 – $3000, in general. This price range is so vast because it depends on many factors. Such as the sex (male or female), the age of the cat, and if it is truly a purebred cat.

Also, these are just some of the factors. And these can all be combined, meaning a young purebred male Calico could fetch a much higher price than a senior non-purebred one.

Calico cats are not regarded as the most expensive. Especially when compared to a purebred Ashera cat. For example, This type of cat can be sold for up to $125,000.

But, at the same time, I am not saying a Calico cat is regarded as cheap either. And, to be fair, expensive is a subjective term. My idea of cheap may be vastly different to yours, if you know what I mean.

How much is a male calico cat worth?

Although this sounds impressive they are not that sought after, especially to professional breeders. This is because they are known to be sterile. Therefore, their value is mainly based on the fact that they are quite rare.

How much are calico kittens worth?

Calico Kittens are likely to sell from $1,000 – $3,000. This is mainly because most people prefer kittens instead of an adult cat. Also, this range depends on other factors such as the sex and health of the kitten.

As discussed earlier, a male Calico kitten, in good health is likely to claim the higher end of that range.

Are calico cats worth the money?

A Calico cat is worth the money if you can afford it and appreciate them. If not, then there are other affordable options available. These cats are mainly targeted for their scarcity, because it’s deemed as “cool” to have what is hard to find.