Does Rubbing a Cat’s Nose In Pee Work?

If your cat is peeing everywhere, and it frustrates you, you may have heard of some owners rubbing their cat’s nose in the pee, but is this the right thing to do?

Does rubbing a cat’s nose in pee work?

No, this does not work, and your cat will not understand why you are doing this. They’ll think that you are being cruel and it might even erode their trust in you a little. Avoid trying to discipline your cat and clean the urine with an enzymatic cleaner – NOT ammonia-based one.

The enzymatic cleaner will help to break down the uric acid and will not encourage marking the area again the way that the ammonia would.

After this, you need to determine why your cat is urinating in the house. It could be stress, from changes in the household or family members arguing, it can also be that your cat feels ill – urinary tract infections, for instance, can cause painful crystals in your cat’s body and excessive urge to urinate.

Finally, check the litter box and consider having two if it’s hard to change it as regularly as you’d like. When the litter box is dirty, your cat isn’t going to want to use it, and indoor urination can and does occur from this.

Contents show
1 Does rubbing a cat’s nose in pee work?
2 Should I discipline my cat for peeing inappropriately?
3 Why do cats pee in the house?
4 How do you punish a cat for spraying?
5 How can I prevent my cat from peeing on my furniture?
6 What does rubbing a cat’s nose do?
7 Why would my cat pee on the floor right in front of me?
8 What smells deter cats from peeing?
9 Can I squirt my cat with water?
10 Why won’t my cat pee in the litter box anymore?

Should I discipline my cat for peeing inappropriately? 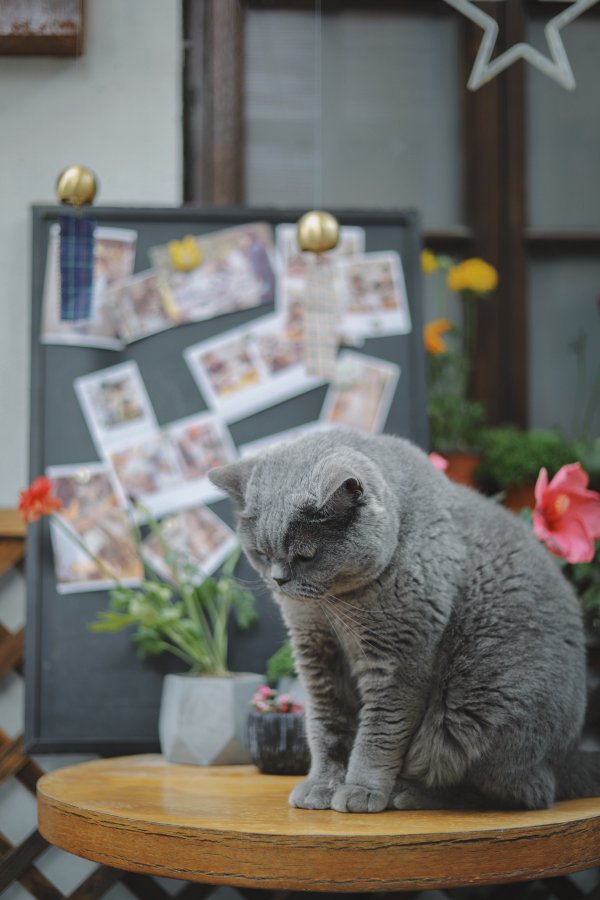 Grey cat sitting on top of a wooden table.

No, you don’t want to discipline for this. Unless you can catch them in the act, they won’t even know why you are angry. Cats most often urinate in the house when they are new to it, stressed, or ill.

If your cat has been a resident of the home for a while, a vet checkup is the best first step. Once you rule out health issues, consider what has changed in the house recently. Even little things like furniture changes or their owner leaving the house spontaneously a lot lately can stress a cat and lead to territorial, marking-type behaviors.

Why do cats pee in the house?

Cats can do this for several reasons. If there is a new cat in the house, they’ll often do this to ‘mark’ their territory. A cat with a urinary tract infection may feel a sudden urge to go and can’t make it to the litter box. If the said litter box is not regularly cleaned, then your cat may decide to ‘go’ somewhere cleaner.

Stress is also a common reason why this can occur, such as a new animal in the house, too many people coming over all of the sudden, or even family arguments that are stressing out the cat. Take a few minutes and consider what has changed recently – you’ll find it.

Despite their reputation for being mysterious, cats are like furry little old men and women – they are VERY set in their schedules and their ways – and any changes in their environment stress them much more than you would think.

How do you punish a cat for spraying?

When you are at your wit’s end, some cat owners have been known to use a water spray, or simply make their displeasure known the way another cat would – with a loud hiss. That said, I don’t recommend punishment at all.

When a cat that has been using its litterbox faithfully suddenly starts peeing in the house, something is WRONG. It can be something as little as new furniture, for instance. Cats mark their scent all over the house and when you see them rubbing against things (including you) that’s a bit part of what they are doing.

Any changes in the way the environment looks or smells can stress them out, so before you even think about that spray bottle or hissing, take a moment and consider what has changed in the last day or two.

If nothing comes to mind, bring your cat to the vet to rule out a health issue – a urinary tract infection might well be at play. You owe it to your furry friend to trust that they wouldn’t be doing this if everything was okay.

How can I prevent my cat from peeing on my furniture? 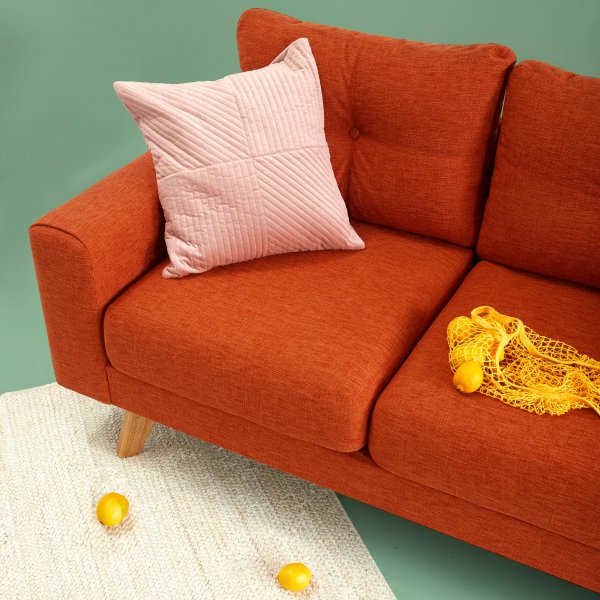 A red sofa with some citrus next to it.

There are a few ways to go about this. One of the easiest and most pleasant ways is to invest in some citrus spray. This stuff is made with 100% citrus oils, so it’s non-toxic for you and your kitty, and it smells GREAT – unless you are a cat.

Cats dislike it, for some reason — perhaps because of the acidity in the oil — but whatever the reason, it will keep them away from most places where the citrus oil has been sprayed.

If this doesn’t work, you can also try making barriers of double-sided tape, which cats hate to feel on their feet. This works for places like computer chairs, where you can place a cut-out square of cardboard with double-sided tape on it on the chair when you aren’t there.

Your cat might step on it — but only ONCE – and they’ll stop trying to get on your chair after that.

What does rubbing a cat’s nose do?

Cats touch you and other cats lightly with their nose as a friendly type of communication, and if you touch their nose lightly then it’s generally well-received. Rubbing their nose in an area they have urinated in, however, is NOT recommended and will only make your cat think that you are being cruel.

You might even get clawed or bitten in the process, so do not do this.

Aside from not being a very nice thing to do, your cat simply associates peeing on that location with what you are doing to them, so instead of rubbing their nose in a place where they have urinated, clean the affected area with an enzymatic cleaner and find out why your cat did this – they might be feeling unwell.

Why would my cat pee on the floor right in front of me?

If you’ve just introduced a new animal, person, or even some new furniture to the house, then your cat may exhibit territorial marking behaviors. This is their way of claiming an area so that the new person or animal knows that the cat was there first, or with new furniture, it’s a way to ‘put their scent on it.

With new furniture, you can spray a little citrus oil on it and that will usually keep the cat away, but with new people or animals, you’ll need to make careful introductions (bring treats) and make sure the cat has somewhere in the house where they can go to if they are feeling crowded.

Finally, your cat may simply be telling you that they have a health problem, such as a urinary tract infection, although if they look ‘angry’ while they are doing it, then it’s probably territorial marking.

What smells deter cats from peeing?

Citrus oils are the best way to protect furniture and specific areas, although for keeping your cat off of the desk or counter there are other methods. Double-sided tape, for instance, can keep a kitty off of a desk or if you put it on cardboard, keep them from trying to get into a computer chair.

Cats don’t like the way that the sticky tape feels on their paws, so they will generally start avoiding any area where you have placed it and after a few days, you can simply remove it and they generally still leave it alone.

Can I squirt my cat with water?

While some say this can work if it is not abused, I don’t recommend using a spray bottle of water or a squirt toy. The problem is the long-term and the unintended effects.

For instance, some cats will see it as a game, going places they know that they aren’t allowed to go when they know that the squirt toy is empty. Most cats, however, will simply be stressed and they won’t know what to do or why you are doing this to them.

Why won’t my cat pee in the litter box anymore?

If this is new behavior, the most common reason is a health issue. Senior cats, just like senior people, can start having trouble with the ‘waterworks’ and a trip to the vet is a good idea. Even with younger cats, infections and other health issues can arise that make urination painful or make their bladders feel full all the time.

If it’s a recent change in the box, however, then the cat might not like the box. It could be too shallow, too deep, or if you’ve changed the litter recently then this could also be the culprit. Take an assessment of what has changed and try the old box again to see what happens.