Cat Attacks Her Kittens? (Should I Be Concerned?)

If your cat attacks her kittens you may be shocked, worried, and looking for reasons why…

Why does my cat attack her kittens?

Maternal aggression occurs when mother cats sense a threat to their litter. Mother cats act aggressively against their kittens in an extreme effort to protect them, but it may often have the opposite result.

Threats to the litter include:

Many mother cats are born with maternal instincts. Unfortunately, some cats are not born with this instinct, meaning they are irresponsible and unable to care for their kittens. They will neglect their kittens by attacking them, swatting, and hissing.

Is it normal for a cat to attack its kittens? 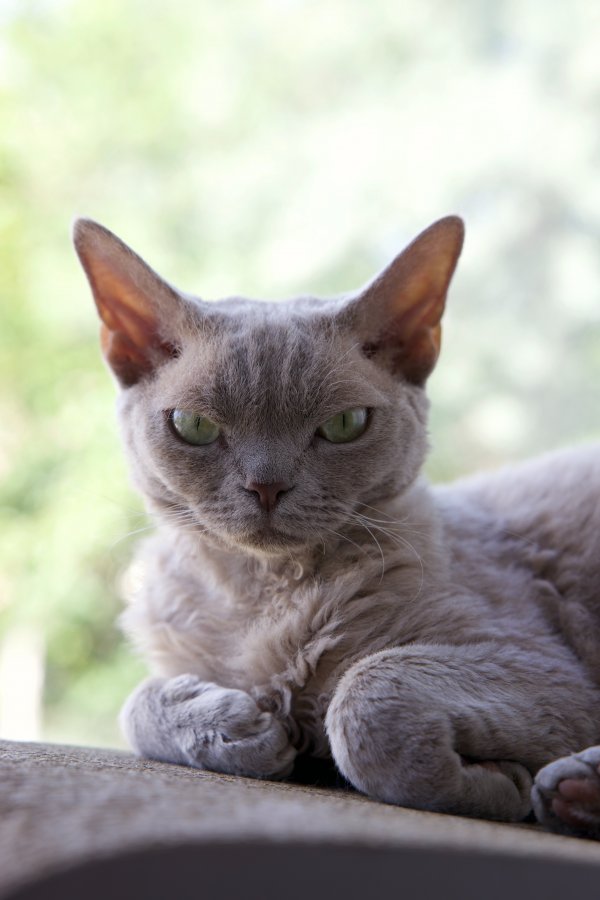 It is normal for a mother cat to attack its kittens because they are trying to protect its litter from danger. They may attack their kittens by swatting or hissing to communicate and discipline them. Monitor your cat closely to see whether their behavior is expected.

When a mother cat views one kitten as a threat to the litter, it will attack the kitten, so it does not threaten the remainder of the litter. Mother cats typically view contagious illnesses as one of the most common threats to cats.

What should I do if I see my cat attack her kittens?

Cat hiding under a bed.

Observe your cat closely if you see them attacking their kittens. It is not always dangerous when you see your cat attacking her kittens. Mother cats sometimes attack her kittens to discipline them.

Swatting and hissing are standard methods of communication for mother cats. Although they use physical punishment to discipline their children, cats do not injure their kittens. If you notice injury on your kitten, then there might be something more problematic.

It is not always dangerous for your cat to attack her kittens, but it can sometimes get out of hand. Separate your mother cat from the kitten if you notice continuous aggressive behavior. Mother cats often attack kittens with physical or mental illness because they threaten the litter’s overall health.

How can I prevent my cat from attacking her kittens?

Prevent your cat from attacking her kittens by monitoring her behavior to ensure she does not get too aggressive. It is typical for her to attack her kittens occasionally because it is her main form of disciplining them.

If your cat is attacking your kittens too much, consider separating them.

What is maternal aggression for cats?

Maternal aggression is when recent mothers demonstrate aggressive behavior toward approaching animals or people. They will use their aggressive instincts to protect their kittens. Mother cats can get high anxiety around their kittens because of their protective nature.

It is best not to approach a mother cat after she has had kittens, or she may show these signs of aggression.

Could my cat reject her kittens?

It is possible for a cat to reject her kittens if they have health defects or the cat lacks maternal instincts.

Mother cats are likely to reject their kittens if they have health defects. Health defects can negatively impact the quality of the litter. When the litter is of low quality, the mother may feel less inclined to take care of them.

Cats without maternal instincts can have a difficult time accepting their kittens. They may be too immature to understand the concept of motherhood, making it difficult for the mother cat to grasp hold of becoming a mother. When the kittens do not get a mother figure to take care of them, they are more likely to die young.

What do I do if my cat is rejecting her kittens?

You must take care of your kitten if your cat rejects them. It can be tedious, so you must be sure you can commit to raising a kitten. Raising your kitten will include replacing the natural feeding regimen with bottle feeding.

Additionally, it is crucial that you assist the kitten in cleaning and using the restroom because they are unable to trigger their bladder for the first few weeks of life. Therefore, kittens require stimulation to use the restroom. Consult your veterinarian for tips and tricks when raising a kitten.

If you cannot commit to raising your kitten, consult a veterinarian to ask them for alternatives. Your veterinarian can take them into their practice, raise them, and adopt them out when they reach the right age.

Forcing your cat to bond with their rejected kitten will cause added stress. They might fight and combat with the kitten if they do not get enough space from them.

Should I separate my cat and her kittens if she attacks them?

It is not always necessary to separate your cat and her kittens if she attacks them. Many female cats attack their kittens because they are trying to punish them. It is a standard mechanism used to establish a hierarchy in the cat kingdom, something that female cats do early in their kitten’s lives so they have a clear understanding of where they stand socially.

Why is the mother cat so angry at her kittens?

Mother cats could be angry with their kittens because they find themselves in a threatening situation. They may discipline their kittens by swatting and hissing, which can come across as aggression rather than motherly guidance.