Why Does My Cat Attack My Wife But Not Me?

If your cat appears to be attacking your wife, but not you, you may be left scratching your head wondering why and what you can do to stop it.

Why Does my Cat Attack my Wife but Not Me?

Cats seldom do anything without provocation. That being said, what you think is an aggressive act may not be the same as what your cat considers threatening. Assuming your wife is the primary caregiver, your cat could be trying to communicate to her that they require immediate assistance at the food bowl, or the litter box has one too many poops in it.

So, now you know why your cat may be doing this. But, do cats really have favorites? Are they territorial? What happens if your cat is not correctly socialized? Keep reading for these answers, and so much more…

Contents show
1 Why Does my Cat Attack my Wife but Not Me?
2 Is your cat attacking your wife, or asking for her attention?
3 Do Cats Have Favorites?
4 How to Stop Your Cat From Attacking Your Wife?
4.1 Simple Body Language cues to avoid
4.2 Is your cat feeling sick?
4.3 Finding the source of the problem
5 Are Cats Territorial?
6 What is Cat Aggression?
7 What is the Difference Between Aggressive and Play Biting?
8 Why Would Your Cat Attack You While Playing?
9 What Happens if a Cat is Not Socialized?
10 Could Your Cat Be Love Biting Your Wife?
11 Why is Cat Body Language so Important?

Is your cat attacking your wife, or asking for her attention? 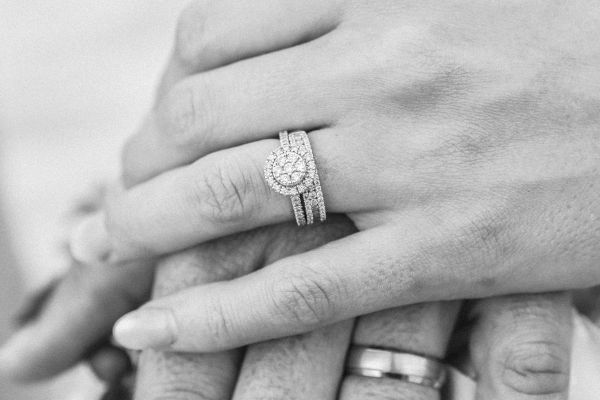 Why does my cat attack my wife but not me?

It is important to distinguish between whether your cat is actually attacking your wife or just trying to get her attention. Ask yourself the following questions:

If the answer to these questions is no then figuring out what is wrong with your temperamental tabby and how to fix it could be a bit more complicated.

Do Cats Have Favorites?

Ironically enough, not only do cats have favorites but 9 times out of 10, they are more likely to scratch and bite their favorite humans over the ones who completely ignore their existence. Why is this the case? Because cats see eye contact as a threat and people see eye contact as affection and respect.

Think about two cats that are about to throw down, they will hard stare at one another while emitting a high pitched melody of meows mixed with spitting and hissing. What are they saying to the other cat? I see you and you better stay put right there.

How to Stop Your Cat From Attacking Your Wife?

Cats use scratching as a form of social play, meaning they will come up and bat their paws at you in an attempt to get you to follow them or engage in playtime with them. They also use their claws as a way to lash out when they are feeling stressed out, anxious, or threatened.

Avoiding direct eye contact and abstaining from using verbal cues even when the scratch takes you by surprise is going to be key in getting your kitty to stop the assaults on your wife.

Is your cat feeling sick?

Something to consider besides the aforementioned questions is whether or not your cat is sick. Have there been any other signs that your cat is not feeling themselves i.e. diarrhea, constipation, vomiting, runny eyes, and nose or trouble urinating? Perhaps your wife has been using a new fragrance or began working at a particularly smelly job (Click here to see if your cat is worried, while you are away) and your cat does not understand why their mom smells so bad.

Finding the source of the problem

Whatever the case may be the only way you will be able to get your cat to stop attacking your wife is to find the source of their anxiety and resolve it by taking the following actions.

Taking cues from your cat about when to give attention and what type of attention they are seeking and when is key to stopping your cat from going on the attack.

Both sexes of cats are territorial, though male cats tend to defend larger territories in the wild. Territorial aggression can be directed towards people or other animals but is most often directed within the feline species.

Cats in the wild use 3 ways to mark their territory:

What is Cat Aggression?

Cat aggression is any behavior that is harmful to another cat, a person, or other animals. All wild animals show aggression to guard, defend, and protect in one form or another.

Aggression is comprised of a wide variety of very complex behaviors that occur over an even bigger variety of circumstances. Aggression can come in the form of audible noise or a full-on stare down attack.

What is the Difference Between Aggressive and Play Biting?

Aggressive biting is almost always accompanied by stiff posture, hard-staring, and the use of their claws and their mouths to clamp down and hold the offending party. Aggressive biting should never be acceptable nor should you ever use aggression to try to correct the biting.

Why Would Your Cat Attack You While Playing?

The number one reason your cat is trying to “attack” during playtime is overstimulation. Cats and especially teenage kittens need to have at least 20 minutes of playtime a day and that is just a minimum as some cats will require more and some less.

Watch how you are playing with your cat to be sure that you are not initiating the “rough play”. If your cat is pouncing and aggressively attacking your hand during play then take a time out or use a teaser toy that has a long stick or string. Don’t reinforce rough play and you will begin to see rough play subside.

What Happens if a Cat is Not Socialized?

The common name for a cat that has not been socialized is a feral cat. Feral cats are not dangerous in the wild and actually serve a huge purpose by providing rodent control without the use of poison or unnecessary suffering.

When a cat that is not socialized is brought into the home there can be a multitude of issues including inappropriate elimination and risk to the people and other animals in the home. Not all cats want to be social and the socialization of feral cats should be left to the experts.

Could Your Cat Be Love Biting Your Wife?

Your cat may be merely giving your wife what some refer to as love bites. While it is a cute name I caution you to not permit this even when your cat is still a cuddly kitten. Love biting is usually something that stems from a build-up of too much energy.

As a kitten, the mother cat will bite her kittens to get them to settle down and start nursing instead of rolling around with their siblings.

Love biting is most common in cats that were removed from or orphaned by their mothers at a fairly young age. They never learn the proper way to use their mouths and as a result instead of just rubbing with their people, they will go the extra step of introducing teeth.

Why is Cat Body Language so Important?

Cat body language is important because you want your cat to thrive in the home environment. Cats reveal so much about how they are feeling through their body language. Every part of your cat’s body tells a story about their feelings. By watching your cat’s eyes, ears, tail, back, and head you should be able to anticipate a bite before it happens and thwart your cat’s attempts to bite your wife.