Cat Ate Raisin (Now What? Is It Dangerous? Or Not?)

If your cat has eaten raisins you may be wondering or concerned. Maybe you have heard that raisins are bad for some pets, but does this affect cats?

Why did my cat eat a raisin?

Your cat may have eaten a raisin because it is feeling hungry and scavenging. Most cats avoid fruits but could have grabbed them by chance while looking for leftover food to eat between meals.

So, now you know why. But, can a cat eat raisins? What are the symptoms of raisin poisoning? Do all cats show symptoms of this? Keep reading for these answers, and more…

Contents show
1 Why did my cat eat a raisin?
2 What is a raisin?
3 Raisin Nutrition facts
4 Can cats eat raisins?
5 How do you know if your cat ate something bad?
6 How can you prevent your cat from eating raisins?
6.1 01. Store them away neatly
6.2 02. Keep them well fed
6.3 03. Do not encourage begging
6.4 04. Feed your cat at the same time as you
7 Can cats eat raisin bread?
8 What are the symptoms of raisin poisoning?
9 Do all cats show symptoms after eating raisins?
10 Is Hydrogen Peroxide a suitable treatment?
11 Should grapes also be avoided?
12 Do any animals eat raisins?

What is a raisin? 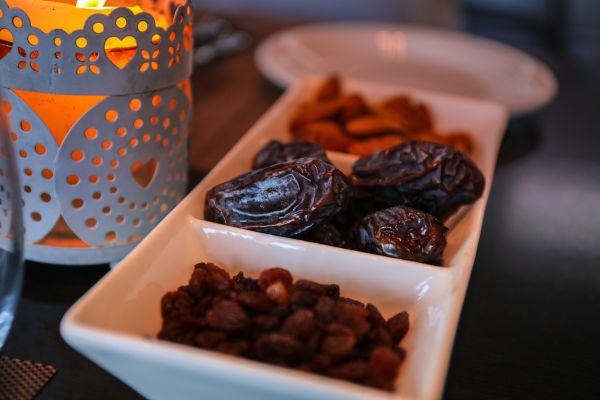 To make sure we are on the same page let me clarify what a raisin is. It is basically a dried grape. It is often dried, sweetened, and sold in packets. Often used in baking to sweeten up a cake, for example.

According to Wikipedia, there are other similar variations like the sultana or current. Depending on where you live you may identify the sultana as a dried grape with a golden color. And, as for currents, small dried grapes.

The following table displays some of the main ingredients in a raisin.

As you can see, apart from some other issues (more on this later), it has quite a lot of sugar content. Which is great for baking for humans. But, not so great for cats.

Cats should not be given raisins because they are known to cause kidney failure in large quantities. Also, in small doses, they are known to make your cat feel ill. This could include vomiting or act hyperactive.

The weird thing about raisins is there is no real understanding as to why this happens. But, because it is a known symptom it is one to be avoided.

How do you know if your cat ate something bad?

It is best to monitor the physical signs. This includes how it is breathing, signs of sneezing, coughing, gaging, etc. Some of these signs will be more obvious than others.

If your cat has eaten something bad the best thing to do is to find out as soon as possible to take action. So, looking out for these signs is critical to help them if they need it.

How can you prevent your cat from eating raisins?

Now that you know that raisins are not a good idea you should try some proactive ways to stop your cat from eating them. Here are a few tips:

01. Store them away neatly

One of the simplest ways to do this is to store them away well. This means in a cupboard, or secure in another room. But the raisins themselves should be contained in an air-tight container that has a lever or button press to release them.

This will make it harder for your cat to just topple it over and help itself to raisins. 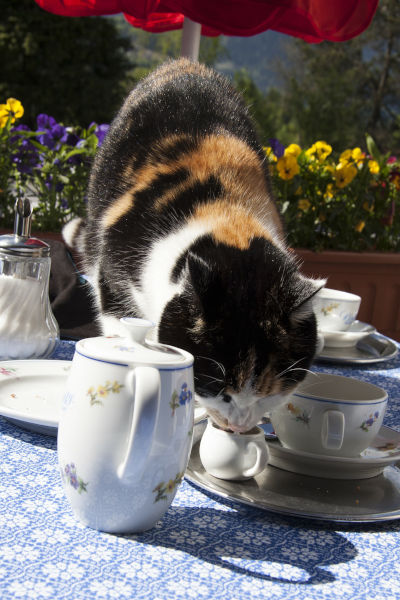 One problem why cats start to look for food and start to scavenge is if they have not been fed properly. Maybe it is hungry and looking for extra food, are you with me? The best way is to keep it fed well in the first place.

Once your cat is content then they are less likely to start eating things like raisins even if they are left on the floor.

03. Do not encourage begging

Some cats will always beg for food. And, do you know why? Because they have been rewarded for this in the past and know it works. So, if you are eating ad your cat starts meowing and begging for food, just ignore it.

It may seem a bit cruel at first but as long as you have fed it then there should be no issue really, right? So, stick to it. It’s better for your cat’s behavior in the long run.

04. Feed your cat at the same time as you

Another tactic is to feed your cat at the same time as you this will make your cat adjust to your schedule and reduce the chance of it begging or stealing food, such as grapes or raisins.

It may take a little while to get your cat adjusted but in time it will be beneficial for you.

Raisin bread, like raisins, needs to be avoided. This is because there is a good chance of raisin contamination. Although a few raisins are likely to be serious it is better to be cautious.

If you have not seen raisin bread before it is a delicious tasting bread, in my opinion, that has raisins mixed in for sweetness. It is a great breakfast bread or as a casual snack between meals. But, as I said, for cats, this is definitely one to be avoided.

What are the symptoms of raisin poisoning?

The symptoms of raisin poisoning can be as follows, diarrhea, vomiting, loss of appetite, etc. The tricky thing is it may not be seen immediately after your cat consumes the raisins. So, you need to monitor it to see how it responds.

Rasin poisoning sounds quite dramatic but it is an actual term used to define this. And, because, in extreme cases, it can cause kidney failure it needs to be taken seriously.

Do all cats show symptoms after eating raisins?

There is a chance that your cat won’t show symptoms after eating raisins. In some cases, this is worse because you may not be aware they have eaten it and no indication of what might happen. If it is obvious, at least you can act on it.

If you have seen your cat consume some raisins but shows no visible signs of raisin poison it is still worth double-checking with your vet to make sure.

Is Hydrogen Peroxide a suitable treatment?

Some cat owners recommend using hydrogen peroxide to flush out the raisins in your cat’s system if it has eaten them. Personally, I would be cautious with this. Unless your vet has recommended it I would not do it.

The fact is you have no idea how your cat will react to this. Remember, hydrogen peroxide is used as a bleaching agent or antiseptic, and who knows how your cat will respond. Put it this way, would you drink it without being sure about it? Well, I wouldn’t!

Should grapes also be avoided?

Because raisins are made from grapes it is better to avoid them as well. If you think it makes logical scenes. The reality is cats have very little interest in fruits or veg anyway so this should not really be a problem.

If you have been worried about your cat consuming raisins and wondering if grapes are a good idea then the good news is you now know that they should be avoided as well.

Do any animals eat raisins?

Some animals eat raisins. For example, birds. Certain birds like robins, bluebirds, mockingbirds, etc. If you leave some raisins out for them on a bird table they will eat it.

Coincidently cats are known to hunt birds. But, to my knowledge, I have never heard of a bird that has contaminated a cat with raisin posing based on the fact that they have eaten it.