Cat Ate Chocolate Syrup (Now What? Is It Safe?)

If your cat has consumed some chocolate syrup you may be wondering if this is a real problem or not. And, if it is what do you need to do.

So, now you know that they shouldn’t eat it, how can you prevent them from eating it? Why is it so bad, exactly? Can cats appreciate any sweet food? Keep reading for these answers and so much more…

Will a small amount of chocolate syrup be dangerous?

With that being said, according to this site, there is normally no need to fret if your cat ate just a little bit of chocolate syrup. Cats are generally less sensitive to chocolate than dogs. So, the argument is a small amount of chocolate syrup should not harm your cat. But, it’s best to double-check with your vet.

Still, bitter semisweet or dark chocolate in large amounts will harm your cat. Make sure your cat does not ingest a lot of chocolate at one time.

What is chocolate syrup? 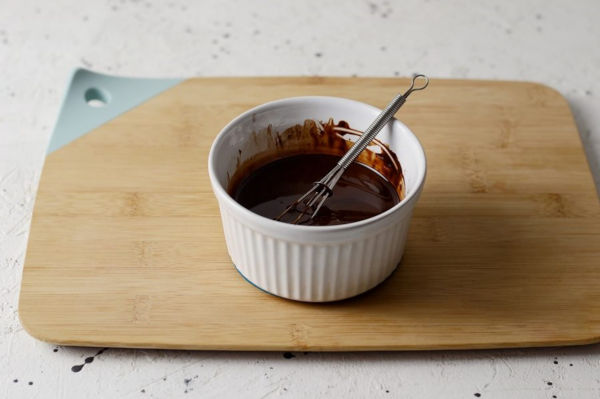 A bowl of chocolate syrup.

The simplest chocolate syrup will include cocoa powder, sweetener, and water. Commercial chocolate syrup, on the other hand, will also include ingredients like corn syrup, malt, salt, preservatives, and flavorings.

Some scientists believe that cats never developed these amino acids since they eat meat exclusively. They never needed to develop taste buds for sweetness in the first place. So, why should they?

This causes many people to wonder what cat treats taste like. While human treats are typically loaded with sugar, cat treats almost always taste like meat or fish. Although that doesn’t sound like a treat to us, cats love it since it is what they are biologically trained to taste and love.

This will make it much easier to deny your cat the taste of chocolate. They can’t taste it anyway, so why bother giving it to them? It can only cause harm.

How can you prevent your cat from eating chocolate syrup?

The easiest way to prevent your cat from eating chocolate syrup is to keep it out of reach. Make sure to put on the lid rather tightly and place it in a pantry with the pantry door firmly shut. If the chocolate syrup has already been opened, then you should put it in the refrigerator. Cats won’t be able to get in there.

Also, do not feed your cat sweets or chocolate as a treat, and do not let any of your guests do that either. Not only will the cat not taste the sweetness, but it can and will harm them.

Why is chocolate bad for cats?

All kinds of chocolate include a toxic agent called theobromine. Though white chocolate has this ingredient too, dark chocolate and unsweetened baking chocolate have the highest amounts of it. It is the theobromine that makes chocolate bad for cats.

It can cause abnormal heart rhythms, seizures, tremors, and even death if eaten in large quantities. Luckily, cats don’t normally eat chocolate on their own since they can’t taste sweetness. They will eat it, however, if coaxed to eat it by their owners. For this reason, do not coax your cat into eating chocolate.

What exactly makes theobromine so dangerous to cats and other animals? Firstly, theobromine is a bitter alkaloid that can be found in the cocoa plant, as well as other plants like the tea plant and kola plant. It has a chemical formula of C₇H₈N₄O₂.

In many ways, theobromine has the same effect on the nervous system as caffeine. This is a problem for animals because it takes much longer for them to metabolize the ingredient. As a result, animals, including cats, can get theobromine poisoning if eaten enough since it stays in their systems for longer.

How much theobromine is dangerous for cats?

Intoxication will show up through agitation, tremors, seizure, or even death. However, there are way more symptoms to look out for. Scroll to the bottom to see a comprehensive list of potential symptoms.

Why is caffeine bad for cats?

Caffeine is bad for cats for the same reason chocolate is. Just so you don’t have to scroll up, theobromine is more difficult for cats to metabolize. This means that the chemical stays in their system longer, which can lead to poisoning and intoxication.

Chemically speaking, caffeine is very similar to theobromine. It too is harder for cats to metabolize, meaning that the caffeine remains in the cat’s system for long periods of time. Once again, this means that the cat can be poisoned and intoxicated by the caffeine.

What are the symptoms of chocolate contamination?

If your cat has ingested chocolate and is showing any of the previous signs, take them immediately to an animal emergency room or the vet. If the cat has ingested the chocolate recently, the vet can administer charcoal or induce vomiting to get the side effects under control.

For more serious intoxication cases, your cat may need to be incubated, put on a ventilator, and monitored. The vet will specifically lookout for cardiac activity.