Can Cats Eat Aquafaba? (Or Will You Regret It?)

If you have some Aquafaba and have a cat, you may be impressed with it and maybe wondering if it is OK for your cat to consume…

While it is ok for cats to consume Aquafaba in moderation, it is not ideal. Cats are classed as obligate carnivores. Meaning, they need meat, particularly, animal protein. Therefore, cats have different dietary needs than we do. Even if their owner follows a vegan or vegetarian diet it is not ideal for cats.

So, now you know. But, is it typically used as a dairy alternative? Can it only come from chickpeas? Is it OK for kittens? Keep reading for these answers, and much more… 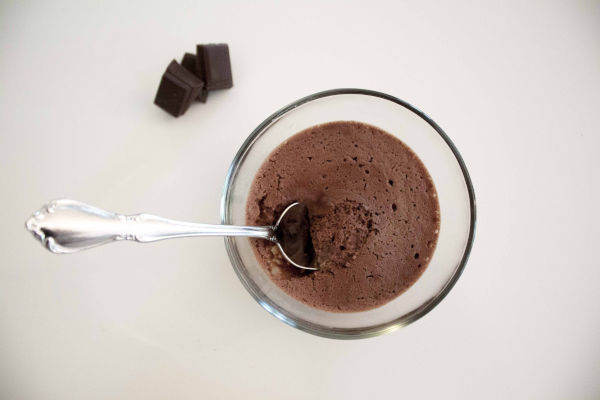 Aquafaba is the water that legume seeds have been cooked in. It also includes the juice in cans of legumes. Aquafaba is sometimes used as a substitute for egg whites. This is ideal for people who have egg allergies or are vegan.

Using the liquid leftover from cooked legumes is a recent discovery, so there is not much information on the health benefits or health risks. The reason people didn’t use the leftover juice before is that it has practically no nutritional value. It has only recently been used for vegan-friendly substitutes.

To obtain aquafaba, you can simply strain the liquid from canned legumes. This includes white beans and chickpeas. You can also boil or steam legumes to make your own aquafaba.

Is Aquafaba used as a dairy alternative?

Aquafaba is recognized as an egg substitute, but it can also be used as a dairy substitute. For those who are lactose intolerant, aquafaba has been known to be a replacement for milk and butter.

Combined with a few other ingredients, you can make your own vegan butter using aquafaba. You can also use it to make your own whipped cream or mayonnaise.

Many people use aquafaba as a vegan cooking ingredient, although it is not high in nutrients. It is not a good source of calcium or iron and is low in protein. You will not get nearly as many calories, protein, carbs, etc. from aquafaba as you would from eggs and dairy.

Is aquafaba only from chickpeas?

Aquafaba can be made from any type of legume, including chickpeas and white beans. You can also obtain aquafaba from cans of beans or tofu.

Aquafaba is defined as the juice leftover from beans. This means you can use garbanzo beans, white beans, and even black beans to make aquafaba. Simply strain the liquid out and you’ve got a vegan dairy/egg substitute.

Are there any health benefits of aquafaba?

Not much research has been done on aquafaba, since it is a relatively new discovery. What we know is that it is extremely low in calories, low in protein, low in carbs, low in calcium, low in iron, etc.

Even though it is not high in nutrients or protein, it can be beneficial for your health if you have certain digestive problems. for example…

Are there any health risks of aquafaba?

Since there is so little research on aquafaba, no known health risks have been found. This does not mean there aren’t any. Using aquafaba in place of protein-rich or nutrient-rich foods can be disadvantageous. Here are some negatives of aquafaba:

Should you feed your cat aquafaba?

No, you should not feed your cat aquafaba. Cats are obligate carnivores. They can not digest plant proteins as we can. If you are making your cat homemade food, ensure it has animal protein in it. Cats can not live without animal protein and will slowly succumb to malnutrition if they are not fed meat.

Is aquafaba ok for kittens?

Are there better alternatives to aquafaba for cats?

While aquafaba is safe for cats to consume, it is not recommended to feed it to them regularly. This is because aquafaba is used as a substitute for eggs and dairy. It has no nutritional value. If you plan to feed your cat aquafaba, it is likely because you want to feed them a vegan diet. This is not safe for your cat.

If you would like to make your own cat food, use ingredients such as cooked chicken, pork, beef, tuna, or salmon for protein. As for carbs, white rice, corn, or peas can be considered. And sweet potatoes for fiber.

The important thing to keep in mind when feeding your cat is making sure they get enough animal protein. Do not substitute animal protein for plant protein.

Can aquafaba cause cats diarrhea?

If your cat experiences diarrhea after consuming aquafaba, it is likely because it can not digest the homemade cat food you have made. If you made your own food using aquafaba, you are probably feeding your cat a vegan diet.

Aquafaba will eventually go bad. However, you don’t have to use it immediately. You can put it in the fridge for a few days. You can also freeze it to use in the future. It is also safe to microwave frozen aquafaba to thaw it before use.

Why Does Cat Food Have Jelly?

Cat Begs For Food But Won’t Eat – What Now?

Why Does My Cat Put His Paw In His Food?