Do Cat Pheromones Smell? (Or Useless Even Trying?)

If you are researching cat pheromones, or the comfort zone products that mimic them (Click here to see my best one on Amazon #Ad) then you may have wondered if the smell or not…

Pheromones do not smell. And, this is not just to us humans but also any other animal. They are an unscented natural chemical reaction. However, this can be replicated scientifically and produced as a product. Hence the reason there are pheromone-based products on sale such as sprays and diffusers.

So, now you know. But, how long do these effects last? Are there any known side effects? Can these pheromones affect humans? Keep reading for these answers, and much more…

Pheromones can be quite confusing to explain and understand. But, let me explain to the best of my ability. Firstly, pheromones are not any kind of medication. It is a natural chemical that animals produce.

As briefly discussed earlier, they are species-specific. So, humans have this, cats have this, in fact, even bees have this. Effectively, the pheromone chemical results in a reaction from the animal depending on the situation.

This reaction can fall into a few categories, as follows:

Let me explain using an example…

Cats release a pheromone when they are marking their territory. For example, cats may urinate on a piece of furniture as a way to warn other cats “This is mine”.

When they do this a pheromone chemical is released which will indicate to other cats that this is their territory. Are you with me?

How long do cat pheromones last?

These pheromone effects only last a few minutes and it is believed it cannot be felt again for at least another 30 minutes or so. Obviously, this may vary from cat to cat. This is a lot shorter than many people would have believed.

Even though the effect is quite short it does not mean it isn’t a powerful reaction. If it wasn’t it would not be replicated in labs and sold.

Are there any known side effects for cat Pheromones?

According to this site, there are no known side effects of cat pheromones. It is believed that one of the key reasons for this is the fact that they only affect cats and no other species.

These comfort zone products mimic the facial pheromones used by cats naturally. They make the cat feel comfortable within the zones where the vapor or spray is used.

This is handy for cat owners because they can plug in a diffuser (Click here to see the reviews, on Amazon #Ad) so that their cat can feel more at home.

If you have issues with your cat spraying this is often related to some form of anxiety. And, one of the common issues is changes in the home, new family members, or a new home altogether. Which the calming zone product can help with.

How is mother cat pheromones used?

Mother cat pheromones are used to make kittens, in a litter, bond together easily. Not just this, but between the mother and the individual kitten as well. The scent is taken from the cats feeding nipple and make the harmony in the group work well.

This is one of the techniques that is mimicked by calming zone products (Click here to see the reviews, on Amazon #Ad) that cat owners purchase.

Now you know that cat pheromones can’t affect humans, let’s delve deeper to understand exactly what these pheromones are. How they affect cats, what triggers them, and also dispel some myths about it.

How do cats use these pheromones?

Cats have a few areas in their body which they use to excrete these pheromones. In particular:

They are all used for several different reasons. Such as, making the opposite sex aware that they’re ready to mate.

Let’s look at another example…

Cats sometimes scratch with their claws on the furniture. This is to mark their territory. When they do this not only do they leave a visible mark, there is a scent left behind and pheromones are released.

These pheromones send a message to other cats. Simply warning them that this is another cat’s territory.

What are facial pheromones?

According to Wikipedia, Facial pheromones are used by cats to indicate an object as being “checked” and familiar. The actual pheromone itself is released by rubbing against an object or a person.

Once the pheromones are released it will indicate to other cats, or that cat in particular, that this object or person is familiar. A good way to explain this is with an example, comparing this behavior to us humans…

Let’s say for instance you entered a new hotel room. To make yourself comfortable you may put down some familiar objects such as family photos or an ornament that means something special to you, right?

This lets you know, and other humans know, that this hotel room is familiar to you.

However, for a cat, it doesn’t have these objects, so it will rub against this new piece of furniture (and release pheromones) to indicate that it finds it safe and familiar.

What things will pheromones not help with?

You can actually purchase pheromone-related products on the market such as the popular Feliway diffuser. The goal is to relieve your cat if it feels stressed or anxious.

However, there are certain things that these pheromone products cannot help a cat with such as:

01. Issues not related to stress

These products cannot help with anything that is not directly related to stress. This is quite broad, but you need to understand that it is designed for stress and anxiety issues.

So, anything outside of these parameters is not realistic. For example, let’s assume your cat has a bad habit of chewing up your work shirts, this product will not help with that.

If your cat has any kind of health-related issue, these pheromone products cannot help either. If there is a known health issue your first call should be to your vet to check on your cat.

03. Behavioral related issues caused by a lack of resources 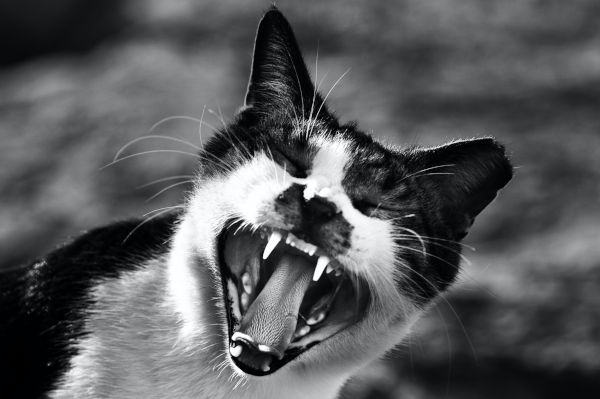 Any behavioral problems your cat has, that is caused by your lack of resources, will also not be covered by this.

For example, issues that include your cat soiling or urinating in your house which is a direct result of your cat not having the correct facilities. Such as no litter tray.

According to The Honest kitchen, there have been independent studies that have been drafted which have proven that these pheromone products can actually help cats with stress-related problems.

However, some of these sources are backed by product manufacturers, so it’s hard to say if they are biased or not.

According to the journal of medical scientists, who conducted a one-month clinical trial. On cats that had urine-related problems, 37% were found to be completely cured and another 40% were found to show improvements.

Can pheromone-related products modify the behavior of your cat?

There is no real hard and fast evidence. But it has been reported that if your cat has anxiety-based issues then these pheromone-related products may be able to help with it.

Can cats detect sadness? Yes, they can, in fact, they say that they can detect facial expressions such as if you appear to be angry happy, or sad. In recent studies, it has been observed that cats are more receptive and wanting to spend time with owners that expressed smiley inviting facial expressions. As opposed to an angry frown.

What is a cat pheromone spray? Like a cat diffuser plug-in. It is cat pheromones in a spray. This is for convenience, so you can apply it. The idea is the pheromones in the spray can calm a stressed-out cat. It is supposed to change its behavior based on the chemicals, as discussed earlier.

However, if it is due to your lack of resources, such as you have neglected to provide the facilities for your cat to pee in an acceptable manner, then no, it won’t help you.

What is a pheromone collar? A pheromone collar is similar to the spray or diffuser, concept-wise. Essentially it is a way of providing pheromones to your cat, to calm her from stress-related issues.

The collar is a convenient way to apply these pheromones. Especially for those people that prefer not to use a spray or a diffuser plugin device that we have discussed earlier in this article. Again, it won’t solve all your problems, but it is another proposed solution using pheromones.