Can A Cat Guard My House?

If you have a cat and are security conscious, you may wonder if it would protect your home…

Can a cat guard my house?

A cat can guard your house, although this does not necessarily mean that they will be successful in doing so. Not all dogs are cut out to be the guard dog type and even fewer cats fall in that category (as you can tell from the lack of information on guard cats out in the world).

So, now you know. But, how do they usually react? Will they keep mice away? Will a cat alert me if an intruder comes in? Keep reading for these answers, and much more…

Contents show
1 Can a cat guard my house?
2 How do cats typically react to unwanted intruders?
3 Will cats keep mice away?
4 Will a cat alert me if an intruder comes in?
5 Can cats attack intruders?
6 Do cats guard the door?
7 What is the most protective cat?
8 Do cats sleep with you to protect you?
9 Do Manx cats act similar to protective dogs?
10 What are the signs of an overprotective cat?
11 Are Maine Coon cats big enough to scare off an intruder?

How do cats typically react to unwanted intruders? 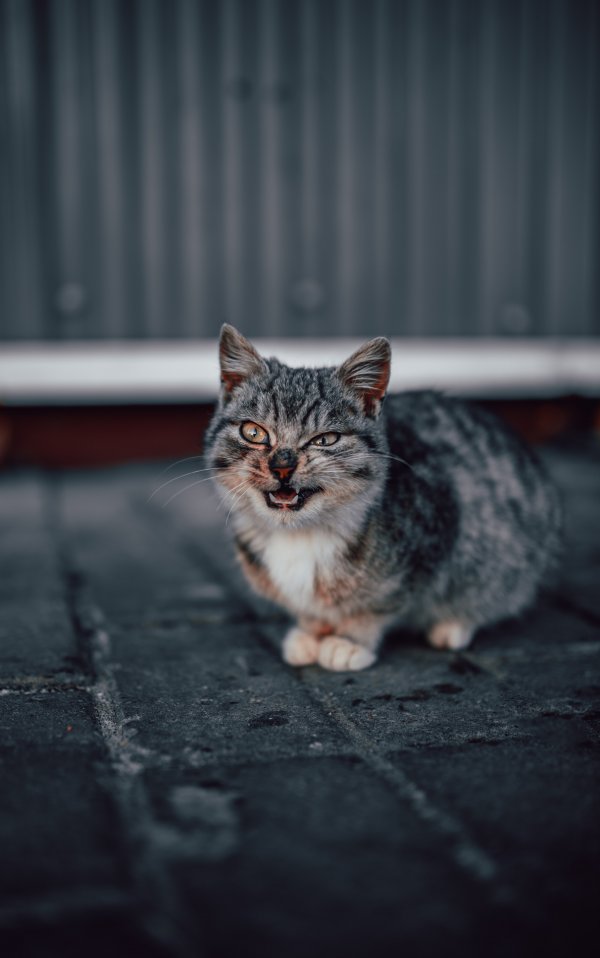 A fierce-looking cat outdoors on a concrete pavement.

Cats may respond to an intruder or what they see as danger in a territorial way – attacking, hissing/growling, standing their ground, etc. Because of their small and naturally more frail stature, their attempts to “guard” probably aren’t going to be as successful as their larger counterpart.

Will cats keep mice away?

According to Clear First, a Pest Control service, cats do emit a pheromone through their saliva that tends to deter mice. This does not mean that mice won’t come, but it could help out. Cats are also predators of mice; it is in their natural instinct to be hunters but that doesn’t mean that every cat will be inclined to act on that instinct.

Some cats may take no notice to mice at all – then you have a lazy cat and a mouse problem.

Ultimately, their choice to hunt the mice will be determined by their personality; some cats may see it as a game of literal cat and mouse, some cats will want to defend their territory, some cats may attempt to take care of the mice but they may not be a good hunter or the infestation may be too much.

There are a lot of scenarios that could happen and you won’t always know how your cat will respond until you’re put in a place to combat them.

Will a cat alert me if an intruder comes in?

Because cats are such territorial creatures, almost all cats would alert you in some way that there is an intruder. Of course, they may not seek you out and wake you up out of your slumber, but they may try to defend their territory by meowing, hissing, growling, biting, scratching, attacking, etc.

Cats are very intelligent and operate on their own routine; when something is askew or their routine is interrupted, they will take notice of the change and be curious about it most of the time.

Cats can attack intruders if they feel like they are in danger or their territory has been compromised. This does not mean all cats would react this way; in fact, a majority of cats would probably make it known there is an intruder but not act to cause harm to the intruder.

Do cats guard the door? 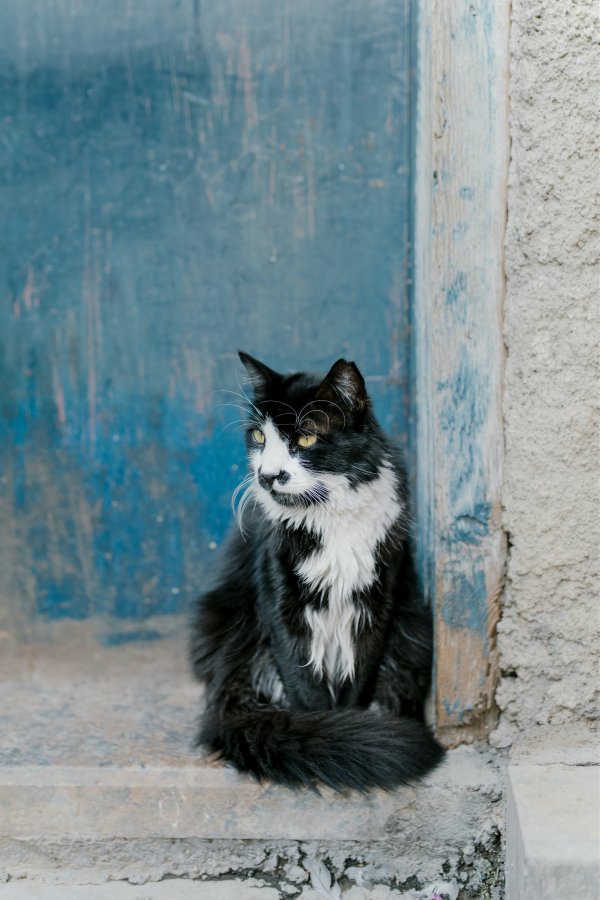 A black and white cat sitting at the doorway during the day.

Cats do have a tendency to guard the doors of their owners, despite their independent demeanors. Even if there is no imminent danger, this is the territorial response they have to keep an eye out for potential prey.

Cats are probably drawn to this part of the home because this is where the majority of your scent lies since this is where you spend the most of your time – from your clothing to your bedsheets and everything in between.

What is the most protective cat?

There is not just one cat that stands above all others as the primary protector. Just as we all have our own personalities as humans from different backgrounds, cats are the same way. Some of the most protective cats are the Manx, the Burmese, the Abyssian, the Turkish Angora, the Bengal, the Main Coon, etc.

This list is not exhaustive and also does not mean just because you may have a cat that falls in this breed that it will exhibit protective traits.

Most of the aforementioned feline breeds tend to show the most dog-like traits; this can lend to them being identified as more protective as generally dogs are considered the guardians of the household. These cat breeds also tend to show the tendency to act loyally to their owners – having that established intelligent connection.

Due to this connection, they seek to protect their owner, and in doing so, may show more guard-like behaviors.

Do cats sleep with you to protect you?

Protection is likely not the reason that your cat likes to sleep with you, more than anything, they may be seeking their own protection. Cats are fairly intelligent and are aware that there are larger predators out there that see them as prey. Even though they may be a hunter, they acknowledge that they can also be hunted.

By sleeping close to you, it shows that they trust you will take care of them and protect them – this feeling of loyalty probably comes from the fact that they know you provide for their basic needs.

Your cat may also be sleeping with you for warmth and companionship. Just like cats would find a nice sunny spot on the carpet or in a window-sill to soak in an afternoon nap, they seek out this warmth from you as well. This warmth is also comforting coming from someone they see as a companion as well.

Because of their loyalty to you (and in turn, your loyalty to them) you may notice that cats are more territorial around you as well. They of course have spaces that they consider their own, but may seek to count you in their sense of territory as well.

You just happen to be part of the package deal that they continually mark their territory on throughout the day with their dander and pheromones.

The Manx does share qualities that a protective dog might exhibit. They have been known to play fetch and respond to commands when called upon. This shows just an inkling of the intelligence that they possess.

The Manx is generally a loyal breed as well and may act like a guard dog because of this loyalty.

What are the signs of an overprotective cat?

Overprotective cats may exhibit aggressive behaviors if they feel their territory has been compromised. These behaviors may be, but are not limited to: dilated eyes, pointed ears, fast tail whips, crouched stance, exposed teeth, exposed claws, guttural noises, biting, scratching, etc. It is important to pay attention to your cat’s non-verbal behaviors to be prepared for this type of behavior.

Your cat may have specific triggers that set off these behaviors, so by paying close attention, you can learn how to help your cat control these behaviors.

Are Maine Coon cats big enough to scare off an intruder?

Maine Coon cats are typically larger than other breeds of cats and their larger stature may be enough to scare off an intruder. Maine Coons, although large for a cat, when compared to dogs are comparable to the average sizes of beagles,  miniature poodles, and Boston terriers.

When you think about those breeds of dog, they don’t necessarily scream guard dog and if one were to cross your path, you probably wouldn’t think twice.

Ultimately, it would be how the Maine Coon presented themself to the intruder that would make all the difference. If they are active in showing protective behavior (like bearing teeth and claws, arching back, hissing) then an intruder would be more likely to back off. If the cat appeared curious and observant, a Maine Coon probably would not scare them off.